Rozerem can be described as a hypnotic and sedative drug that affects the human system by influencing body chemicals that regulate your ‘sleep-wake cycle’. Because of this function, the drug is typically prescribed for the treatment of delayed sleep phase disorder or insomnia.

Unlike benzodiazepines and other commonly prescribed sleep medication, Rozerem isn’t considered habit-forming by many. Due to the relative safety of the drug and because patients are at less risk of developing physical dependence when using Rozerem, doctors generally prefer prescribing it for the treatment of sleep related issues. It is also believed that the risk of suffering rebound insomnia after ceasing usage of Rozerem is minimal.

Regardless of how safe Rozerem is believed to be, it’s unwise to use the drug in doses larger than that prescribed by your doctor (or for longer than prescribed). This is because long term abuse of Rozerem for its sedative and/or relaxing effects can pose significant risks for your mental and physical health – especially in light of the range of the drug’s unpleasant side effects.

If you or a loved one have been using Rozerem contrary to prescription or recreationally for some time, please talk to your doctor.

It’s not yet conclusive that Rozerem is a habit forming drug, or that it poses a significant risk of physical dependence to individuals with a history of substance abuse. However, research has shown that when Rozerem is abused alongside other drugs, this leads to unpleasant side effects, such as next-day fatigue and physical impairment.

More significant dangers of regularly abusing Rozerem involve its effect on certain hormones in the human body. For instance, the drug can cause an increase in the production of prolactin in women, which can lead to reduced sex drive and unexpected lactation.

In men, the abuse of Rozerem can result in a decrease in testosterone levels, which in turn will lead to complications such as erectile dysfunction and a decrease in libido.

At the moment, Rozerem is not classified as a controlled substance in the UK, but is nonetheless a hypnotic drug that should be used with care. If you or a loved one have been abusing Rozerem – either alone or alongside other drugs – and are unable to stop, it’s best if you consult a professional for assistance. So, call us today.

How Rozerem Affects the Brain and Body

How Rozerem functions as a melatonin receptor agonist influences its mechanism of action. For instance, unlike other sleep medication such as zaleplon, zolpidem and eszopiclone, Rozerem can bind selectively to MT1 and MT2 receptors, instead of binding with the brain’s MT3 receptors.

The way in which Rozerem reacts with MT1 and MT2 receptors is what leads to the desirable sleep-promoting properties of the drug. For instance, the melatonin triggered by the drug influences the MT1 and MT2 receptors, thus creating the circadian rhythm associated with a healthy sleep-wake cycle.

Because of Rozerem’s influence on circadian rhythm, the drug is considered to be very effective at inducing relaxation quickly. This is unlike most other sleep-medications that focus primarily on anxiety-based insomnia.

Regardless of whether a drug is prescribed by your doctor or not, it’s still possible to abuse it and develop an addiction. To prevent this occurrence, it’s important to use Rozerem only according to prescription and immediately report to your doctor if you notice any unusual changes in your body.

Warning signs that you’re abusing Rozerem can be physical or psychological in nature, comprising changes in your attitude, behaviour or physical appearance. These include:

The risk of developing a physical dependence to Rozerem is relatively low, whether you have a history of substance abuse or not. However, this doesn’t make the drug a safe substance to abuse – especially alongside certain other medication or substances, as it can give rise to serious side effects. 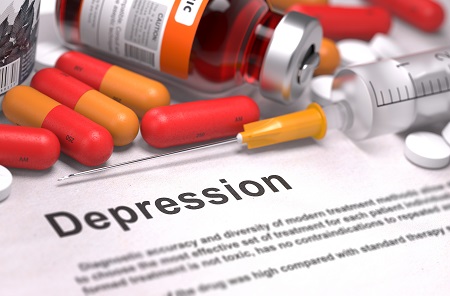 Due to its low risk of addiction, Rozerem is not classified as a controlled substance. This is unlike other sleep medications such as benzodiazepines, which are considered to be habit-forming.

Nevertheless, it’s not entirely impossible to develop an addiction to the drug, but this is rare. People who have abused Rozerem excessively over a long period of time could begin to exhibit the following symptoms of addiction:

Physical symptoms listed below have been reported in the few recorded cases of Rozerem addiction:

The following psychological symptoms of withdrawal below have also been reported:

How Long Does it Take to Detox from Rozerem?

The timeline to complete a full detoxification will vary from person to person, based on a number of factors, such as how long and to what degree the drug was being abused, as well as if Rozerem was being abused alongside other substances. The presence of a co-occurring disorder can also complicate the detox process.

Generally however, you can expect to experience the following during sleep medication withdrawal:

Day 1-3: If you’ve developed a dependence on a sleeping medication, you might experience symptoms such as confusion and even vomiting during the first 24 to 72 hours after quitting sleeping pills.

Days 4-10: The following week may see the onset of symptoms such as anxiety, difficulty sleeping, as well as intense drug cravings.

Days 11-17: Physical withdrawal symptoms could begin to dissipate at this stage, but psychological symptoms like anxiety or depression might continue.

Days 18+: Physical symptoms should be all but gone by this time. However, depression and drug cravings can last a few more weeks or months, depending on the intensity of drug abuse before quitting.

It’s best not to use Rozerem if you’ve been previously diagnosed with a mental health disorder. This is because the drug can trigger reactions such as abnormal thinking and sudden behavioural changes. Examples of said changes can include reduced inhibitions when taking Rozerem. Commonly witnessed short term effects of Rozerem abuse include:

Long term side effects on the other hand may include:

This list of short and long term side effects is not exhaustive, as others may well occur too. It’s therefore best to consult your doctor if Rozerem is affecting you in any way considered to be out of the ordinary.

A standard treatment programme for Rozerem abuse is currently unavailable, due to a shortage of scientific research concerning its effects on the body. Nonetheless, a variety of addiction treatment methods are available that can effectively care for you if you’re addicted to Rozerem.

A proper evaluation of your condition is required in order to develop the best possible course of treatment for your addiction. This evaluation will take into consideration the severity of your addiction, as well as if there are any co-occurring disorders or complications present. The diagnosis will determine if treatment would be best delivered on an inpatient or outpatient basis.

Medically supervised detox will be immediately followed by intensive therapy, which is the gold standard for providing comprehensive treatment to those suffering Rozerem dependence.

The safest way to detox from sleeping medication is via a tapering process that weans you off the drug and minimises withdrawal symptoms. This is safer and more effective than trying to quit using the ‘cold turkey’ approach. Medical supervision will ensure you stick to the tapering schedule. Once you are stabilised, therapy can then commence.

Individual and group therapy can help facilitate recovery – especially if individual therapy is personalised to explore the specific factors that led you to substance abuse in the first instance. Cognitive Behavioural Therapy (CBT) has also been found to be useful, as it will serve to identify your motivation for abusing Rozerem and then help you develop new behavioural patterns to replace your injurious drug habit. CBT can also provide healthier coping strategies for managing stressors that normally cause you to abuse drugs. If necessary, CBT can be adapted to group therapy sessions.

Holistic treatments can also be made available to help you make a healthy and all-encompassing recovery. Some commonly used holistic treatments for insomnia medication abuse include yoga, massage, meditation, and acupuncture. Such forms of treatment will not be provided alone, but alongside medical detox and intensive therapy.

Do I Need an Inpatient Rozerem Rehab Facility?

If your addiction to Rozerem is severe, you’ll likely require treatment in an inpatient facility, which will effectively facilitate your recovery by providing medically managed detox to minimise the risk of long term health complications. It’s also a safer way to recover from addiction, as your chances of suffering a relapse are minimised.

Typically, Rozerem withdrawal is not dangerous, but if proper care isn’t taken with regards withdrawal symptoms, this could lead to short or long term health complications.

Unlike most commonly prescribed sleep medications, Rozerem isn’t thought to be a habit-forming drug. However, it is believed to have a reduced risk of causing rebound insomnia, in the event you suddenly stop using Rozerem.

Nonetheless, it is ill-advised to abuse Rozerem long term for its sedative and relaxing effects. This is because even though abusing the drug long term might not lead to addiction, it can still give rise to a wide variety of unpleasant side effects.

How Much Does Rozerem Treatment Cost?

The severity of your Rozerem abuse and the sort of treatment you choose will typically affect the cost of addiction treatment. An inpatient facility typically costs more compared to treatment delivered on an outpatient basis. Also, the cost of inpatient treatment can further increase if you opt for a luxury or executive treatment programme.

Your medical insurance might cover rehab treatment, but it’s important to verify the extent of your coverage by first speaking with your insurance provider.

What are the Effects of Rozerem on the body?

Rozerem is a sedative that influences body chemicals which regulate the ‘sleep-wake cycle’. It is for this reason the drug is typically prescribed for the treatment of insomnia and delayed sleep phase disorder.

Why Is Rozerem Addictive?

In light of the extensive testing Rozerem has undergone, there’s little evidence to indicate that it’s a habit forming drug. However, as previously mentioned, using the drug isn’t without risks.

Rozerem itself may not be habit forming, but there is nevertheless a possibility that its inclusion in a sleep aid regimen (especially for patients with a history of drug abuse) could result in cumulative effects that lead to dependency forming.

What Types Of Rozerem Addiction Treatment Programmes Are Available?

Depending on the severity of your addiction, a combination of any of the following can be prescribed to help you make a full recovery from Rozerem abuse:

If you or a loved one have been abusing Rozerem, get help today by visiting a rehab centre or call a confidential helpline for professional guidance with regards your treatment options.