Addiction experts have warned that the rising popularity of illegal laboratories has led to the death of many substance abusers. Once prescribed for stressed-out mothers in the 1970s, Valium is now a popular substance of choice among the younger crowd, who use it to cushion the effects of strong narcotic-opioids like heroin.

There are over one million benzo addicts in the UK. A young British woman, who shared her story with the Mirror, talked about how her husband’s secret addiction to drugs and alcohol lead to his death. On the surface, they seemed to have it all, but her husband was dealing with a secret addiction to Valium, which he purchased online. He was a high-functioning addict, which made it difficult for his wife to notice that he was an addict.

Valium is derived from chemical compounds. Though it doesn’t make you feel high, the sedative effects, and unknown risks of abuse, combine to make Valium more potentially threatening than even hard drugs like heroin.

Valium is a prescription drug classified as a benzodiazepine, used for the treatment of panic attacks, seizures, and anxiety. It is also known by the generic name Diazepam. Valium works by binding to gamma-aminobutyric acid (GABA) chemical receptors in the brain to slow down GABA-controlled functions, which leads to reduced anxiety and lower brain activity.

As a short-acting medication, you will generally feel the effects within 30-60 minutes. The sedative properties of Valium are the main reason why it’s attractive to recreational users. You can develop an addiction to Valium even when you have a legitimate prescription. If you take Valium longer than it was prescribed for, or you take larger doses than suggested, that’s abuse. You can also develop tolerance, psychological dependence, and addiction to Valium.

Abuse has also been blamed on the ease of access and availability of Valium. It was once one of the most prescribed benzos in the US, with over 15 million prescriptions, and, in the UK, there are over 1.5 million people who have a prescription for benzos.

How is Valium Abused?

Valium is a popular drug of abuse, and, when you’re on it, it feels like all your problems are non-existent, albeit only temporarily. Most people start out with the regular dose, but quickly come to rely on the way the drug makes them feel. By the time you have built up tolerance, you start self-medicating instead of notifying your doctor about how you feel.

The black box warning states that you should not chew Valium, nor crush it for the purpose of snorting, smoking, or to inject it directly into your bloodstream. These are all methods of administration that accelerate the timeline of addiction, and lead to a rapid onset of the side effects of the substance, such as vomiting, depression, seizures, coma, overdose, and death.

Diazepam is the active ingredient in Valium, and it is made in a laboratory. When taken according to prescription, the potential for abuse is low, as with other benzodiazepines. The potential only increases when you take it to get high. As a Schedule IV narcotic, it is less addictive than opioids and other controlled substances, with often have more lethal compounds.

Because of the risk of abuse, Valium is a short-term prescription for anxiety and panic disorder. The average daily dose ranges from 4 mg- 40 mg. Factors that increase the potential for abuse include government laws regulating the sale of Valium, ease of availability, history of illegal diversion for non-medical purposes, lack of awareness on the addictive nature of Valium when abused, and the attitude of prescribing doctors.

How Can I Tell If My Loved One is On Valium?

When someone is abusing Valium, it means they are taking higher doses than they should, or using the medication without a prescription, mostly via snorting or smoking. They will appear euphoric, similar to someone who is intoxicated from consuming alcohol.

Using Valium and being dependent on it are not the same thing. It usually takes a few months of abuse to move onto the stage of tolerance in which you need larger doses to feel the original effects, then to the stage of dependence where you need Valium to just feel like yourself, which is also the stage in which you experience withdrawal symptoms when you stop, or try to stop, using Valium.

You’ll notice that the user will nod off in the middle of a sentence, sleep during the day, and appear drowsy in the morning, even after sleeping fully throughout the night. There’ll be empty pill bottles in the trashcan, and they’ll probably try to get prescriptions from numerous doctors to ensure they always have a supply of Valium.

If you’re still unsure, ask their colleagues about their movements during working hours, and on the weekend try to keep an eye on them. You’ll notice that they frequently disappear and withdraw from commitments at work. Valium abuse also affects their relationships with friends and work colleagues. Gradually, they will simply drop out of social activities, and find excuses not to go out. Their performance at work or school also suffers, and they stop caring about personal hygiene.

The Signs of Valium abuse

Signs of Valium abuse refers to the physical signs you will notice when someone is abusing Valium. These include

The Symptoms of Valium Abuse

The Behavioural Symptoms of Valium Abuse 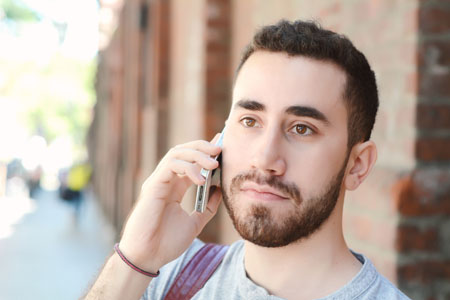 Doctor shopping: As a prescription-only drug, one of the behavioural symptoms is “doctor shopping” and “pharmacy hopping”. This occurs when a patient develops tolerance to their regular dose and ask their doctor for a higher prescription. When the doctor refuses, they then visit several hospitals to get another prescription. The problem was exacerbated because many US states didn’t have a computerised system of monitoring prescriptions, which fuelled doctor shopping.

Lying and stealing: An upstanding citizen slowly degenerates into a lawbreaker as an addiction develops. When you’ve lost your job and depleted your savings, you may well turn to stealing and lying to get funds. On the street, the price of Valium differs depending on the location. A Valium addict lies a lot, it can become second nature to them. When you ask about where they’ve been or what they’re spending money on, they become confrontational or defensive.

Changing your social circle of friends: Most drug users don’t enjoy spending time with their friends and family when they’re dependent on a prescription pill. You’ll stop going out, or spending time, with friends and your social circle changes. You’ll enjoy the company of those who can provide you with more prescription pills than your loved ones, who will encourage you to quit substance abuse.

Using coded language to talk about drugs: Substance users don’t want their loved ones to know about their drug habits. They’ll often go to extreme lengths to hide their drug use until it becomes impossible to hide the physical effects. To that end, they use street names when talking about Valium. Some of these street names include downers, sleep away, foofoo, Vs, benzos, Blue Vs, tranks, and yellow V.

The Short and Long Term Effects of Abusing Valium

The immediate effects of using Valium include euphoria and sedation. After the crash, a user might experience anxiety, fever, irritation, stomach cramps, accelerated heart rate, and mood swings.

The Effect of Valium on the Body

In 2012, over 58,000 Americans required treatment for benzodiazepine abuse, and 7,272 required valium abuse treatment. It’s easy to develop an addiction to a substances that depresses the central nervous system, and slows the functions of the heart, brain, lungs, nerves, and other organs in the body.

When Valium binds to the GABA receptors in the brain, it stops or slows abnormal brain activity. This results in relaxed muscles, sleepiness, reduced anxiety, and it also prevents seizures. Every individual reacts differently to Valium, but the adverse effects mostly occur when you take higher doses.

The side-effects of Valium abuse on the body include:

Your Brain on Valium

Valium interacts with several neurotransmitters, including GABA. Diazepam (the main compound in Valium) binds strongly to GABA-A receptors, and depresses electrical after-discharge in the hippocampus and amygdala areas of the limbic system (the region of the brain that controls emotion).

Continued Valium abuse results in accumulated fatty issues, that have a serious side effect on your memory, judgment, and cognition. The psychological side effects of abusing Valium include:

The Dangers of Valium Abuse

When you mix Valium with other substances, it intensifies the effects of both and increases the risk of overdose and fatalities. Although Valium is safe when taken as prescribed, there is a high potential for abuse. Taking Valium with other addictive substances, such as alcohol, benzos or opiates, accelerates the timeline of chemical dependency and addiction.

Both Valium and alcohol act on the central nervous system to suppress excess electrical impulses in the brain. This makes Valium an efficient medicine in treating insomnia, anxiety, abnormal body movements, and seizures. Substances that interact with Valium include cocaine, heroin, methamphetamine, sedative-hypnotics, benzodiazepines, opioid-narcotics, and alcohol.

Complications may also occur if you snort Valium. You alter the concentration and effect of the dose when you change the method of administration. Instead of being metabolised in the liver, it takes a shorter time for Valium to work into the CNS. Snorting Valium means it enters your nasal cavity, and passes through the blood-brain barrier, intensifying the effect of Valium in your brain and body.

Can I Overdose on Valium?

Valium might be low on the list of addictive benzos, but statistics of abuse in Europe and the USA prove that people frequently abuse Valium. Most fatalities occurred when users combined Valium with other addictive substances, such as alcohol and heroin. On its own, it’s very difficult to overdose on Valium. You would need a high amount to overdose on Valium alone. The regular dose is 2-10 mg, up to four times in a day. The maximum dose is 40 mg.

Symptoms of overdose include:

The Treatment of Valium Abuse

The first step in treatment is to remove all traces of Valium from your body. Rehabilitation only begins when you’re not under the influence of drugs. Valium withdrawal is not life-threatening, but the safest way to detox is to receive treatment at a medically-supervised detox centre. Here, doctors will help to reduce the pain of withdrawal using medications and the tapering process.

After detox, you’ll transition to rehab, where therapists and drug counsellors will help you understand the underlying reasons for why you started to abuse Valium. Techniques include Cognitive Behavioural Therapy, Dialectical Behavioural Therapy, and Motivational Interviewing.

For a comprehensive treatment, enrol as an inpatient. This is a 24/7 rehab programme where you live in a therapeutic community for the duration of treatment. Medical professionals are always on call to ensure you remain safe and have access to constant support.

Where Can I Find Help for Valium Addiction?

Call an addiction helpline and one of the drug counsellors who answers will help you find the right option for treating a Valium addiction. They can direct you to a local Narcotic Anonymous meeting, exclusive rehab programme, or standard inpatient rehab centre that caters to all your addiction needs.