Hydrocodone and drugs containing hydrocodone) are marketed under various brand names such as Lortab, Vicodin and Norco. Many opioid pain relievers are a combination of hydrocodone and acetaminophen – a medicine that can cause liver damage when abused.

Abuse occurs when you use any medication differently from the recommendations of your physician. If you take a higher dose of hydrocodone than was prescribed – or use it for a longer period than was recommended or consume more frequently than instructed – you are abusing the substance.

As a pain reliever, people tend to abuse hydrocodone frequently. Using the drug may begin for medical purposes, but somewhere along the line, many people turn to abusing it. The consequences of this can be dangerous

This article will help you understand how hydrocodone addiction affects the mind and body, as well as recommend steps to take towards treatment.

What is Hydrocodone and why is it so addictive?

Hydrocodone is an opioid analgesic medicine and is used by physicians to relieve pain in patients. It is also used in the synthesis of many narcotic prescription pain relievers for controlling mild to severe pain.

Hydrocodone is highly addictive, because it is an opiate drug (from the same family as Oxycodone and Morphine). Like many opiates, it binds with receptors in the brain to prevent the reuptake of neurotransmitters such as serotonin, dopamine or norepinephrine. This influences the pleasure pathway to create pleasant sensations in the user. Repeated use often causes tolerance to build up and a dependence may soon be formed.

It is used for the control of pain that would not be well managed with non-steroidal anti-inflammatory medication or other non-analgesic options. Physicians often recommend this medicine for patients experiencing severe pain from surgery or other injuries.

In the UK, hydrocodone may be a prescription drug, but it is classified as a Class B substance under the Misuse of Drugs Act (1971). This means unlawful possession or dealing the substance will bring serious legal consequences.

Other names for hydrocodone

Hydrocodone street names may be used to discuss the drug openly, without drawing the attention of law officials, parents or other people who don’t consume the drug medically. Many names used to discuss hydrocodone on the streets are slang terms or short forms of the brand name. Common names include Noro, Vicodin and Lortab.

However, there are other commonly used street names that don’t use the marketed brand name. They include:

These terms are used for common hydrocodone brands such as Lortab and Vicodin, which are synthesised by Watson Pharmaceuticals and Norco.

Hydrocodone has over 100 different brand names worldwide under which it is marketed. Mostly, it is combined with acetaminophen, but there are other hydrocodone combinations with commonly prescribed ingredients. They include:

These are only a handful of names from the many brands available.

Hydrocodone addiction is caused by a variety of factors, ranging from genetic to social. Many people start off genuinely using the drug for medical reasons, but changes along the way can trigger abuse and addiction.

These factors can all influence hydrocodone addiction risk:

People whose parents or close relatives abused hydrocodone (or any other drug) are more likely to develop an addiction that those without a history of abuse in their family. It’s thought that some addiction traits in a gene may be transferrable to subsequent generations. Although there is no concrete evidence, studies have shown it to be worth considering.

The environment in which you grow up or live can play a significant role in the way you use drugs. In places where there is a high prevalence of hydrocodone, residents are more likely to be exposed to abuse. This is especially common in crime-prone areas, where dealers sell the drug. Children who watch adults around them using the drug might in turn be influenced to try it someday.

Sometimes, brain injuries or defects could spur behaviour related to drug abuse. Researchers have posited that people born with certain problems in their brain’s pleasure pathway may try to ‘self-medicate’ by seeking pleasure. This often results in abusing drugs such as hydrocodone or other combination opioids.

Your habits and social circles can cause you to abuse certain drugs. For example, people who use hydrocodone regularly tend to offer them to colleagues and friends. Likewise, if certain drugs are sold in a club, people who visit there often are more likely to try it at some point. Peer pressure is another strong reason for drug abuse.

Hydrocodone is highly-addictive, because like psychoactive drugs, it interacts with the serotonin-norepinephrine reuptake inhibitor in the brain. The resulting ‘euphoric’ feeling causes users to take the drug frequently to feel good. After a while, they develop tolerance for the drug and take high doses. This kind of abuse leads to addiction when used long-term.

The way you use a drug affects how quickly it travels into your bloodstream. It also determines how an addiction is formed. Hydrocodone is available in tablet form and the most common form of administration is oral intake.

To hasten its absorption into the bloodstream, some hydrocodone abusers crush and dissolve the tablets in water before injecting intravenously with a syringe. Taking it this way increases the potential for addiction.

Another method of administration is by snorting. The pills are crushed and inhaled through the nose. The sensation is felt almost instantly, because of the proximity of the upper respiratory tract to the brain.

Hydrocodone is generally used by people experiencing genuine pain, probably from injury or post-surgical discomfort. The drug is prescribed by physicians for younger and older adults.

Studies have shown that 20% of users possess a doctor’s prescription for hydrocodone use, but tablets are also sold on the street to anybody willing to buy, especially teenagers. Prescription opioids are the second most abused drugs by teens, after marijuana.

What does it mean to be addicted to hydrocodone?

Hydrocodone addiction describes a condition when your body can no longer function as usual without the presence of the drug. The brain has become so fixated on hydrocodone that its absence triggers unpleasant physical and psychological symptoms known as ‘withdrawal’. Frequent abusers are more likely to be addicted to the drug.

How do you know a family member or loved one is abusing hydrocodone? There are certain signs and symptoms to look out for and include:

The person in question will also begin to exhibit some unusual behaviour:

In the long-term, abuse leads to health issues such as respiratory problems, liver damage, coma and sometimes death. Some patients also suffer psychological problems like depression and anxiety. If treatment is not provided early on, some adverse effects become irreparable.

Prolonged abuse of hydrocodone takes its toll on the brain and body. As an opioid agonist, it binds with receptors in the brain and influences the pleasure pathway, flooding the nucleus accumbrens with neurotransmitters.

Dependence is formed when the brain adjusts to recognise hydrocodone as a part of its normal functions. Without the drug, it triggers withdrawal symptoms that drive the user to seek it. Sometimes, it causes mental disturbances such as anxiety, erratic behaviour and depression.

It also causes physical effects such as:

Like other opiates, Hydrocodone is mainly metabolised in the liver, which is also at risk.

Hydrocodone: Changing how the brain responds

Hydrocodone is an opioid receptor activator (or an opioid agonist). It binds to the opioid receptor, triggering a chain of events that ultimately alters your pain sensitive levels. The brain is then regularly flooded with serotonin, which is responsible for the pleasurable sensation.

Unfortunately, it begins to depend on Hydrocodone for its serotonin supplies, instead of producing its own quantity. The result is a high tolerance level for the drug and tendency for dependence.

A co-occurring disorder is a mental problem that develops because of hydrocodone (or any other drug) abuse. Addiction usually triggers problems such as anxiety disorders, alcoholism, bipolar disorder and schizophrenia. This is also known as dual-diagnosis and it makes treatment more complicated, because the physician focuses on both problems during detox.

It is risky to use opioids such as hydrocodone during pregnancy. In fact, research has shown that it increases chances of early delivery, low birth weight or even a difficult period of withdrawal from the drug for the infant. 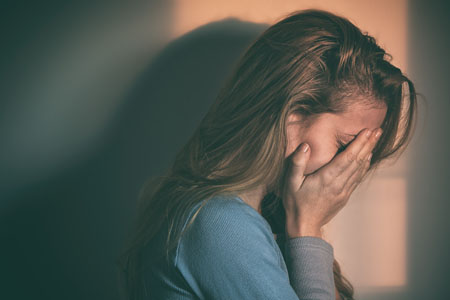 In 2014, Monitoring the Future (MTF) conducted a survey about the drug using habits of senior and junior high school students. The survey showed that up to 6% of school seniors had used a narcotic without a prescription at some point in their lives.

Although the figures for overall teen abuse have dropped since 2009, it was discovered that hydrocodone abuse superseded other drugs such as Vicodin and OxyContin.

Twice as many students between 12 -17 years have abused prescription drugs containing hydrocodone than oxycodone-containing substances.

Differentiating hydrocodone misuse from approved use

Sometimes, people believe it is impossible to abuse prescription medications, because they have been approved by medical professionals. Even sticking to your doctor’s dosage can lead to dependence. It is advisable to see your physician for guidance from time to time.

Drug misuse occurs when you find yourself craving and using a higher dose than prescribed by your physician. Using the drug more frequently than prescribed is also regarded as misuse. It’s even worse to self-medicate on painkillers without a doctor’s recommendation.

Helping someone addicted to hydrocodone

If you know someone struggling to quit hydrocodone dependence, the best form of help you can give – besides being empathetic to their situation – is to refer them to a reliable professional.

Relationship between prescription hydrocodone and other drugs

Hydrocodone is often mixed with compounds like acetaminophen or aspirin to improve certain health conditions. This combination is commonly known as Norco. It is a common prescription painkiller and antitussive for treating nasal problems, pain and colds.

Oxycodone is usually prescribed on its own as OxyContin. Both Oxycodone and Hydrocodone are sold as extended release or immediate relief versions.

Hydrocodone is a prescription opiate painkiller, used to treat moderate to severe pain. However, due to its potential for addiction, it is labelled a Class B drug under the Misuse of Drugs Act (1971).

How is hydrocodone used?

Hydrocodone tablets are taken orally for pain relief, cough or nasal decongestion, but people who use the drug recreationally tend to crush the tablets, then snort or inject the powder.

Yes, it is. It stimulates the pleasure pathway in the brain and causes the abuser to use it frequently. Over time, they develop tolerance and become dependent on the drug.

How long does hydrocodone withdrawal last?

Hydrocodone withdrawal starts six to twelve hours after the last dose. Physical symptoms usually peak on the third day and then subside, but cravings and psychological discomfort may persist for weeks afterwards.

Do you have a list of popular slang or street names for hydrocodone?

Are there any home remedies for getting clean safely?

Home detox is not recommended unless you are under the supervision of a qualified physician. The best place to detox is at an accredited clinic or rehab centre.