For decades, members of the LGBTQ community have lived with discrimination, harassment, violence, social stigma, and societal challenges not experienced by heterosexual people. A 2015 survey revealed that individuals who identified as a sexual minority, in this case LGBTQ members, were almost twice as likely to abuse illicit drugs as those who didn’t. Statistics from the National Survey on Drug Use and Health showed that heterosexual adults had a 17.1% chance of abusing drugs while LGBTQ individuals had a 39.1% chance of doing the same.

According to the US Centre for Disease Control and Prevention, LGBTQ individuals have lower levels of alcohol abstinence and are more likely to drink heavily over a long period of time. They are also more likely to suffer from mental health issues such as anxiety, depression, and suicidal ideation.

The term Lesbian, Gay, Bisexual, Transgender and Questioning (Queer) describes different groups within gay culture. Early initiatives focused on gay men but lesbian women are often listed first to gain more visibility for the cause. There are minority groups within the LGBTQ community such as intersexed, pansexual, transgender, and bisexual people.

The major connection between members of the LGBT community is an attraction to same-sex individuals. However, it is important to note that the term “gay” is not exclusive – bisexual individuals, transsexuals and transgendered people don’t consider themselves to be gay.

Transgender is the generic term for all transsexuals, drag kings/queens and bi-genders. Transgenders are people whose gender transgresses from their assigned gender.

LGBTQ individuals struggle with a plethora of negative emotions and societal discrimination that paves the way for mental and physical health issues. Several reasons that might explain the high rate of substance abuse in the LGBTQ community include:

According to a recently conducted study in Australia, 58% of LGBTQ youths cited homophobia as the main reason why they abused alcohol and illicit substances. It’s unfortunate but homophobia remains a significant problem for LGBTQ individuals (even those living in urban, western areas). The issue is worse for LGBTQ people suffering from internalized homophobia. This happens when you accept discrimination and social stigma as part of your identity. Internalized homophobia leads to self-loathing and can trigger substance abuse. The double reward effect provides temporary relief from emotional and mental health issues.

An article in Psychology Today suggests that “minority stress” is a leading cause of substance abuse among LGBT individuals. This occurs when you suffer stigmatization, hardships and difficulties because of your sexual orientation. You may be bullied in school, attacked by extremist religious groups, fired from jobs, denied housing, and other hardships. These situations affect self-confidence and could well drive you to abuse drugs (especially if you were thrown out by your parents for being gay).

There is a lack of sensitivity and cultural competency in the healthcare system as the current system discourages LGBTQ individuals from seeking substance abuse treatment. Many healthcare professionals are ill-equipped to mitigate the specialized needs of the LGBTQ community. Some rehab programs offer no indication that they offer specialised treatment for LGBTQ, making it harder for you to disclose all information that would influence treatment outcome.

Apart from the above LGBTQ-specific issues observed in our communities, there are a number of additional factors which influence the way addicted members of the LGBTQ community are affected by addiction.

Early childhood trauma is an addiction risk factor across the general population. LGBT youth are at higher risk of experiencing sexual abuse during their teenage years than other young people. The danger increases for homeless youth who were kicked out by their parents/guardians.

Statistics reveal that roughly 40% of homeless LGBT youth become prostitutes either out of necessity or by force. The terrible experiences they go through lay the groundwork for early addiction.

Isolation separates you from loved ones. The negative feelings associated with loneliness could push you towards using chemical substances to feel happy again. Isolation stems from schools, homes, public places, and workplaces. A CDC study stated that LGBTQ youth experience more violence and bullying at school than other teenagers. For those who aren’t out to their families, school is their only safe place. When they experience discrimination at school, there is no place for them to live as their true selves.

For adults; nightclubs, chemsex parties and random hookups offer companionship they can’t find in a normal relationship. Random sex with strangers increases the risk of STDs. Drinking regularly or taking high doses of drugs leads to substance dependence and addiction. Where nightclubs and bars are the only places to find companionship, it becomes a habit-forming behaviour, intertwined with feelings of acceptance and fun.

As mentioned earlier, members of the LGBTQ community lack access to effective treatment because adults within the community are twice as likely to be uninsured than their straight counterparts. People with untreated or misdiagnosed bipolar disorder or depression have a tendency to abuse drugs later in life. If you don’t have medical insurance, it is incredibly difficult to receive proper diagnosis or treatment for any mental health issues.

LGBT individuals are often rejected by medical professionals either through denial of reproductive care or through heteronormative standards that cause LGBT people not to trust or seek medical treatment.

Negative feelings of depression, isolation, loneliness, pain, anger, as well as rejection from loved ones and work colleagues encourage LGBTQ individuals to use illicit substances to temporarily numb negative emotions. As a member of the LGBT community, you need to identify all obstacles that might trigger substance abuse. It is a vital part of addiction treatment that helps to reduce addiction within the LGBT community.

Facts about Substance Use and SUDs in LGBT Populations 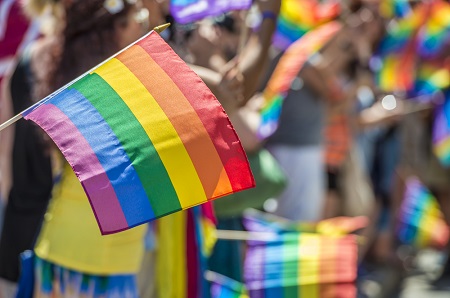 The Substances Abused by Those in the LGBTQ Community

25% of LGBTQ individuals abuse alcohol; compared to 5%-10% of heterosexual people. A SAMHSA report released in 2016 found that drinking rates among LGBT adults increased by 63.6% while in heterosexual adults it rose by 56.2%. Another SAMHSA report suggests that LGBTQ people are more likely to become heavy alcohol drinkers and abuse drugs. Among the community, lesbians are more likely to drink heavily but drinking is more hazardous among bisexual women.

The percentage of people abusing cocaine is lower among heterosexual people than LGBT individuals. 2% abused cocaine in the past month and there is more stigma towards meth use than the general population.

The opioid crisis has been well documented with most of the problem relating to prescription pill abuse. 10.4% of those who abuse opioids in 2015 were LGBTQ individuals and 4.5% were heterosexual. Heroin is a major attraction for gay men and they are ten times more likely to abuse heroin.

The National Survey on Drug Use and Health lists the following as the most commonly abused substances within the LGBT community:

Co-occurring disorders describe dual diagnosis for substance use disorder and mental health issues. Individuals who identify as LGBTQ have a higher potential for dual diagnosis because of the unique challenges they face and a higher tendency toward excessive substance abuse.

It is important to recognise issues related to addiction in LGBT people as getting help is different for those battling substance addiction. LGBT individuals benefit more from specialised rehab centres than traditional rehabs. The treatment at these centres is designed to improve positive outcome. Issues discussed in treatment include:

LGBTQ individuals require specialized treatment from addiction specialists who understand the unique challenges they face. They are more likely to experience domestic violence, being forced into conversion therapy, being bullied in school, being kicked out of their family homes, being discriminated against at work, suffering emotional abuse, experiencing sexual assault and in some extreme cases, being murdered. NoBullying.com found that 82% of LGBTQ youth experienced bullying because of their sexual orientation. 31% said their school authorities didn’t make any effort to protect them.

Individuals who identify as LGBTQ need specialised treatment that captures the complete picture of all the unique factors of their addiction. Out of 13,688 drug rehabilitation facilities surveyed by SAMHSA, only 777 provided substance abuse treatment for the LGBTQ community. Government and private programmes need to do more to include the large population of LGBTQ individuals struggling with substance abuse.

Scientists have attempted to identify common characteristics of LGBTQ individuals who receive treatment for substance abuse. They include: 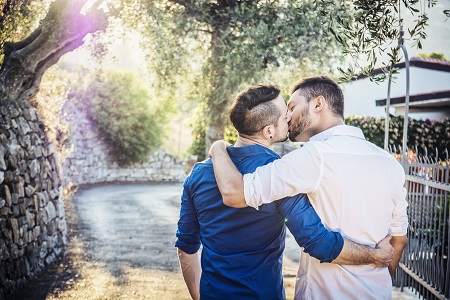 Prior to the 70s, members of the LGBTQ community who needed addiction treatment received therapies aimed at altering their sexuality, along with their behaviours and thoughts. While there’s been a lot of improvement in the availability of specialised treatment for the community, LGBTQ individuals remain one of the most underrepresented groups in addiction research.

Since the late 70s, research findings indicate that substance use disorder is higher among LGBTQ individuals than heterosexual individuals. Men in the community are more likely to abuse methamphetamine, as well as the increased risk of contracting and transmitting HIV.

LGBTQ addiction treatment ensures that all underlying issues of addiction specific to the LGBTQ community are addressed in treatment. Such issues include:

Today, there are hundreds of rehab centres that provide unique treatment plans to meet the challenges faced by members of the LGBTQ community. Addiction experts in these rehab centres understand that treatment resulting in long-term recovery must include detoxification, rehab and aftercare programmes.

The best rehab centres help you deal with challenges arising from your sexual orientation or gender identity. Transgender individuals will be placed with the gender they identify with to reduce the stigma that may have contributed to their mental health issues.

As a business executive struggling with substance abuse, it might be difficult to find time to register as an inpatient (especially if you’re a high-functioning addict). An executive rehabilitation programme combines an impressive number of behavioural therapies with access to cellphones, workstations, the internet and computers. This allows you receive addiction treatment while conducting business.

The amenities you’ll find at such facilities can only be compared with a 5-star hotel. Features of a luxury rehab include:

Strategies for preventing high addiction rates among LGBT individuals must be based on the understanding of all risk factors and challenges facing people in the community. Issues include domestic violence, homelessness, sexual abuse, bullying, alcoholism, family estrangement and isolation.

Strategies that address risk factors include:

Why do LGBTQ+ people use drugs?

Members of the LGBT community may use drugs to cope with issues such as discrimination, homophobia and stigma associated with being transgender or gay. The ensuing negative emotions result in mental and physical health issues which they deal with by self-medicating with illicit substances and prescription drugs.

Why are addiction rates high in the LGBT community?

The reasons why addiction is higher in the LGBTQ community include stress, limited access to effective treatment and discriminatory during addiction treatment.

What are LGBTQ-oriented drug rehab centres?

These are specialised drug rehabilitation centres where LGBT individuals can receive addiction treatment tailored to their specific communal challenges and addiction needs.

What are the solutions to the addiction problem in the LGBT community?

A few suggestions by the Centre for American Progress included:

Will my insurance pay for rehab?

If you have a valid insurance policy, it will cover either full or partial cost of rehab. Contact your insurer to find out what’s covered by your policy.