A psychoactive drug, or psychotropic, is a chemical substance that acts on your central nervous, and changes the way your brain functions, resulting in temporary changes in the way you see things, your mood, and your behaviour.

These drugs may be used for medicinal purposes, or recreationally, to intentionally alter your consciousness, such as when you drink coffee, alcohol, or take cannabis. These three things have a way of making you feel different. They can also be used for medical purposes, such as when you take certain narcotics, such as morphine to control pain, as well as antidepressants and antipsychotics to manage psychiatric and neurological conditions. Some more examples of psychoactive drugs, which can be used for their therapeutic value, include anesthetics, analgesics, and anxiolytics.

When you take psychoactive drugs, the resulting change in consciousness or mood is often pleasant and rewarding, which makes these drugs reinforcing. Substances that are rewarding, and positively reinforcing, have the potential to become addictive, leading to compulsive drug use, despite the various negative consequences. In addition, when you continually use these substances, you can become both physically and psychologically dependent on them, and this will make it difficult for you to have a normal everyday life without taking these substances. You will experience, what is known as, withdrawal symptoms any time you don’t take these drugs, unless you get professional help.

The misuse, dependence, and addiction, to psychoactive drugs has been a subject of debate and legal measures in many parts of the world. In the UK, the government has agencies that control how these drugs are manufactured, supplied, and prescribed, in an effort to control the problem of drug misuse, which has been referred to on several occasions as a national health emergency.

The Categories of Psychoactive Drugs

Psychoactive drugs are categorised based on their uses and pharmacological effects, these categories are:

You may have noticed that some of these drugs fall into more than one category, for example, cannabis is both a depressant and a hallucinogen, while ecstasy is both a stimulant and a hallucinogen. This means that you are likely to experience all the symptoms of both categories when you take one of these substances, which can be both disorienting and harmful.

The Uses of Psychoactive Drugs

There are several reasons why people use psychoactive drugs. For example, if you are about to go in for an operation, you will be given a general anesthetic, which is a class of psychoactive drug used to block out physical pain. Many anesthetics will induce unconsciousness, allowing you to undergo the surgery without feeling physical pain or emotional trauma.

Other types of psychoactive drugs are also prescribed by doctors to help manage pain outside of the hospital. For instance, if you were involved in an accident that is causing you severe pain, your doctor may prescribe codeine or morphine to help you manage the pain. However, because of the way these drugs work, if care is not taken, you may become dependent on them, and this can lead to addiction if not handled immediately.

Psychoactive drugs such as antidepressants, antipsychotics, and anxiolytics are used to treat different mental and emotional disorders. These must be prescribed by a doctor or psychiatrist.

Many psychoactive substances are used for their mood-altering effects, including those legally used for medical purposes. You, or someone you know, may have tried one of these drugs sometime in the past just to see and experience its effects. UK Statistics suggests that at least 3 to 6 percent of people between the ages of 15 to 65 have used illegal substances at least once in their lifetime.

If you have ever used psychoactive drugs for recreational purposes, it could be because you were looking for fun and excitement, a way to feel different, or something to help you counteract negative mood, and feelings. It could also be because you were curious, had friends or family members doing it, or became dependent on it after using it legally for medical reasons. Whatever the reason was, the consequences are still the same. There is evidence to show that the misuse of psychoactive substances can lead to a variety of negative effects, including cognitive failure, such as impaired speech and memory. This is why you need to seek professional help immediately if you are in this situation.

Addiction and Dependence on Psychoactive Drugs

If you use psychoactive drugs recreationally, you are likely to develop dependence, and become addicted to them. This is also possible even if you use the drugs legally for health reasons. You know you have a psychological dependence if you experience withdrawal symptoms, such as anxiety and depression, when you don’t have access to your usual intake. You can also tell if you have a physical dependence if you notice that you have to take the drugs in order to be able to carry out your usual daily activities. All these are signs of dependence that can lead to addiction, and further complications, if not handled immediately.

Fortunately, dependence and addiction to psychoactive drugs can be treated. Common forms of treatment include psychotherapy, pharmacotherapy, and support groups. These processes involve counseling, and the use of certain drugs, to help you combat and overcome your dependency on psychoactive drugs. Support groups are necessary to motivate and encourage your progress. There is also the possibility of new treatments becoming available, as more research into neuroscience is yielding fruit. 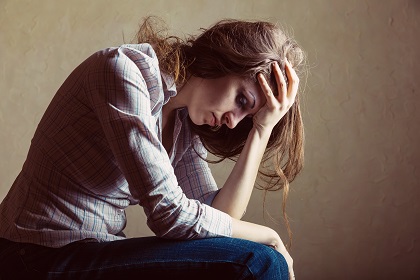 At the end of the day, it is important that you, or anyone close to you, who is dependent or addicted to psychoactive drugs seek professional help immediately. This is the only way to overcome dependence and addiction, and to live a drug free, healthy life.

0800 024 1476calling
Tweet
Pin
Share
0 Shares
We use cookies to ensure that we give you the best experience on our website. If you continue to use this site we will assume that you are happy with it.OkRead More
close
Who am I calling?

Calls will be answered by admissions at UK Addiction Treatment Group.

We look forward to helping you take your first step