What is “N-Bomb” and Why Should We Worry About It?

Synthetic drugs, otherwise known as designer drugs, are made artificially by people to mimic other natural drugs like marijuana and cocaine. Commonly known as N-Bomb, 25I-NBOMe is a strong, synthetic hallucinogen. N-Bomb is sold as an alternative drug to LSD. It is known to have the same effect as LSD even at very small doses; a dose of 750 micrograms, which is about the same size as 6 grains of salt, is considered a high dose.

N-Bomb has a metallic, bitter taste, and is often sold in liquid or powdered form. It may also be sold on soaked, blotted paper. The effects of a small amount of it can last for about 12 hours.

N-Bomb has been reported (unconfirmed) to have no effect on its users when it is swallowed, so it users often place the drugs under their tongues, inject it, inhale it, or insect it rectally, all of which are very dangerous because its potency is heavy even in small quantities and it and can easily lead to overdose.

N-Bomb often requires safety measures like gloves and gas masks when being handling because of how toxic it is. As the name suggests, N-Bomb is lethal and has had a number of deaths directly linked to it. Unfortunately, there is still a lot about it that is unknown, which may make it even more deadly than it already appears to be.

N-Bombs: What you Should Know and When to Seek Help

If you have been using N-Bomb and you have experienced any of the above symptoms, you need to seek help as soon as possible, considering that the long-term effects of N-Bomb are yet unknown.

If you are already addicted to N-Bomb, you can still seek help if you haven’t experienced any of the associated symptoms because there is no medication available yet to help with the addiction alone.

First synthesized in 2003, N-Bomb is derived from phenethylamine psychedelic 2CI. It is a substitute form of phenethylamine and has methoxy groups CH30, which are attached to carbon R2 and R3, with an iodine atom attached to R4.  There are several variations of the drug, but 25I-NBOMe is the most potent and abused of them all.

Other than death, there are many other risks attached to using N-Bomb. They include risks of kidney and liver damage, heart attacks, mental problems, depression and anxiety.

The risks of N-Bomb abuse are greatly increased when there is an overdose or dangerous ‘trips’ and other people are not around to help.

The Illegality of N-Bomb

In most countries, N-Bomb is either illegal or a class A drug. A number of people have been convicted, and have spent time in jail, after being caught in possession of the drug, selling the drug, or handing it out.

Many manufacturers of synthetic drugs try to bypass the law by using substitutes for some of the components typically used to make them. These drugs are still technically illegal, far from the information often provided when they are advertised.

How Addiction Develops – Who is at Risk of Abuse the Most?

Anybody has a risk when it comes to N-Bomb. Most people who use N-Bomb and other hallucinogens do so because they want to get a certain ‘high’ that the drug gives. These drugs give a feeling of euphoria, increased sociability and lessened inhibitions, feelings of relaxation, and confidence. 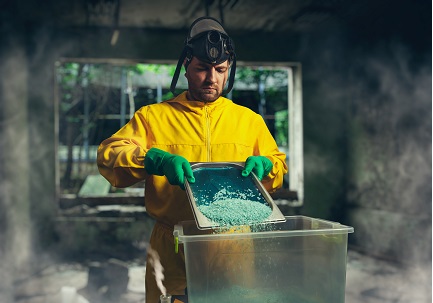 Most hallucinogens are easily accessible, so more common for people to be addicted to.

While the statistics are not yet confirmed, N-Bomb is believed to be used mostly by adolescents and young adults. The drugs are marketed online, and sold in places mostly frequented by very young people. Of the number of casualties associated with N-Bomb, teenagers and young adults also make up the biggest numbers.

How N-Bomb Is Abused

N-Bomb is not a medically-prescribed drug and is mostly taken with intention of getting ‘high’, as with other synthetic drugs. Sometimes, though, the intention could be for a one-time high. In other cases, it is used as a party drug, or sold under a false name.

If you abuse N-Bomb, you are likely to experience the following symptoms:

You may also experience incorrect perceptions of sensory information such as hearing, touch, and sight.

The physical side effects you may experience with the use of N-Bomb include:

Emotionally and socially, you may experience:

In regards to long term effects, you may experience persistent depression and anxiety, schizophrenia, and psychosis. N-Bomb has also been attributed to respiratory failure, kidney failure and heart attacks. This list could well get longer over tim,e because of the insufficient amount of data available on the drug in terms of effects and remedies.

N-Bomb: 10 things You Should Know About This Addictive Drug

N-Bomb abuse in the UK

A number of deaths, among other health casualties such as brain damage, have been attributed to the use of N-Bomb in the UK. People have been prosecuted for selling or giving out N-Bomb, especially in cases that resulted in casualties.

N-Bomb has been classified as a class A drug, the same as cocaine and heroin in the UK, giving  authorities the right to arrest and prosecute you if you are found in possession of it.

How Does N-Bomb Affect the Brain and Body?

N-Bomb has adverse effects on the brain and the body. In the body, it has effects such as increased blood pressure, nausea, vomiting, muscle spasms, seizures, high body temperature, and chills.

N-Bomb also has mental effects such as anxiety, paranoia and depression. In some cases, it has been attributed to bleeding in the brain and permanent brain damage, especially in combination with other drugs.

How Dangerous is N-Bomb Abuse?

N-Bomb abuse has many adverse risks attached to it, in both a physical and mental capacity. Even after stopping use, you may still experience anxiety and depression for a long time. There are risks of kidney and liver failure. N-Bomb is not only dangerous to you if you use it, you could end up becoming a danger to others, as it has been associated with hallucinations and other impairments. It could mean death for other people, as well as yourself, if a dangerous enough situation came into play.

N-Bomb’s potency is also so great that it would take a while for your system to completely be rid of it, especially because there is no medication yet to help work it out of the body.

Can N-Bomb be used Legally?

Legally, N-Bomba are classified as class A drugs, which means it is illegal for you to be in possession of it, sell it, or give it away. Contrary to a lot of false advertisements, N-Bomb is not a ‘legally safe’ way to get high and can lead to a jail term or some other legal punishment.

Can I mix N-Bomb with other substances?

Alone, N-Bomb is considered extremely dangerous. With other substances, it has been termed a ‘lethal cocktail’, especially as there isn’t a lot of data on it and how extreme it can be.

If you already abuse N-Bomb, it is best to take it unmixed, if you cannot avoid it altogether.

What are the Street Names for N-Bomb?

Sometimes, it is sold in the guise of other synthetic drugs like LSD.

Who’s at the Most Risk for Abuse?

Everyone is at risk for abuse. Interestingly, N-Bomb has little potential for addiction. It has, however, a high potential for abuse, with uncontrolled doses and lack of awareness. The potency of N-Bomb is extremely high and there isn’t enough data available to offer as much information as needed.

N-Bomb is also frequently advertised as other synthetic drugs, such as LSD, and many people use it without knowing exactly what it is. This is an added risk because of the potency of N-Bomb; overdosing may be inevitable for these people.

Why is it called N-Bomb?

N-Bomb is one of the many street names of 25I-NBOMe, a psychedelic hallucinogen. One of its given street names, N-Bomb, is considered by many a reflection of its effect on the body.

Is it as dangerous as it Sounds?

N-Bomb is just as dangerous as it sounds, even the name tells you. It is considered potentially even more dangerous because a lot about it is still unknown. In some cases, users have attempted suicide or literally ‘walked’ into their deaths because of the hallucinogenic effects of N-Bomb.

Why Do So Many People Turn to Synthetic Drugs?

Synthetic drugs are often chosen by users for a number of reasons.

Who Are the Most Common Abusers of Synthetic Drugs?