The abuse and addiction of 4-Aco-DMT is common, especially among young people. The drug’s psychedelic effects are particularly attractive to this age group. It enhances conceptual thinking and introspection, feelings of predetermination, suppression of ego, creates a heightened feeling of awe and fascination in things, inhibits cultural filters, and is generally relaxing to the point of mild sedation. That makes it a go-to for anyone suffering from depression, abuse, or an existentialist crisis.

Abusing it might lead to addiction and overdose, which has extremely damaging consequences. However, it is unlikely that one will actually become fully addicted to it. If you are concerned that you may be getting addicted to it, or that a friend or relative is, there are a couple of distinct signs to watch out for. These will be discussed below.

4-Aco-DMT – Broken Down and Described

This is a new psychedelic substance that creates effects similar to that of magic mushrooms when taken. The effects are slightly different, in that its high lasts longer than that of magic mushrooms. Its common names include 4-AcO-DMT, 4-Acetoxy-DMT, Psilacetin, shroom powder, and O-Acetylpsilocin. It is categorised under the chemical class Tryptamine. 4-Aco-DMT is administered orally and can be used for treating substance addiction.

What is 4-Aco-DMT Addiction?

Drug addiction is a severe dependency on a particular substance which alters the brain’s chemistry in a way that it creates a regular craving for the substance in a particular dose. 4-Aco-DMT is an uncommon psychedelic drug synthesized to mimic the effects of some serotonin-containing psychoactive drugs. Not much research has been done into the addiction of 4-Aco-DMT but it is believed that its structure does not make it a habit-forming drug. A tolerance to its effects is built up almost immediately when it is administered, and the tolerance is reduced by half after three days. It then takes about 7 days to get back to baseline – which is like you when you started the drug for the first time. This is why the drug is used for treating alcohol and cigarette addiction. However, abuse will lead to a psychological addiction.

As mentioned above, it is unlikely that anyone will get addicted to 4-Aco-DMT, owing to its specific chemical structure and behaviour. It has a very limited history of use, but is specifically used as a psychedelic drug as it mimics the effects of psilocybin/psilocin – the substances found in magic mushrooms. That is because the body also metabolizes it into psilocin. The synthetic drug is quite scarce, and consequently is more expensive than most other psychedelics which discourages its use.

Causes and Risk Factors for 4-Aco-DMT Addiction and Abuse

Most of us know the risks involved in abusing substances. What we do is try those that promise good trips without many of the downsides. However, this is where the risk often lies the most because we get too comfortable and open ourselves up for overdose. This is one of the major roots of 4-Aco-DMT addiction, it may be taken due to:

The risks of 4-Aco-DMT are quite significant and range from temporary loss of body movement to total insanity, and possibly death depending on the amount and its interaction with the other substances it was consumed with.

Why is 4-Aco-DMT So Addictive?

In itself, 4-Aco-DMT is not addictive. At least, not in the same way that other substances like heroin, crack, or cocaine are, as those drugs physically restructure the neurochemistry in your brain. Those other drugs, when abused, affect the brain in such a way that it needs them to maintain even the minimal levels of important neurochemicals. But 4-Aco-DMT does not affect the brain this way. However, this doesn’t mean that it can never be addictive. Its form of addiction is different. Constant abuse leads to the development of addictive behaviour in a person, so that their body feels compelled to use it whenever they don’t have it in their system.

Signs, Symptoms, and Effects of 4-Aco-DMT Abuse and Addiction

The thing to remember with 4-Aco-DMT is that the body grows a tolerance for it almost immediately after it is taken. If 100 micrograms of a psychedelic like 4-Aco-DMT is taken, it will give you the experience typically associated with it. But, next time you take the same amount, you will only get half of the effect you want. It continues this way until it eventually loses its effect completely. One of the signs of abuse and addiction of this substance is that a person begins increasing the dosage of it to achieve the same trip.

Signs and Symptoms of 4-Aco-DMT Abuse and Addiction

Signs of 4-Aco-DMT are consistent with that of other psychedelics. They are visible and manifest at both a physical and psychological level.

Physical Signs and Symptoms of 4-Aco-DMT Abuse and Addiction

The substance, like other psychedelics, influences the brain to draw signals from more than one source. It creates a sort of chaos amongst the senses, so that users experience the “hearing” of colors and the “seeing” of sounds. This makes it easy to detect friends and relatives that are abusing the drug – just look out for for these abnormal behaviours and the way the person sees their environment.

Psychological Signs and Symptoms of 4-Aco-DMT Abuse and Addiction

Psychedelics affect the mind by altering the levels of serotonin in the body around certain parts of the brain. This is the neurochemical which reduces depression and anxiety. When it is altered remarkably through the overdose of substances like 4-Aco-DMT, the user begins exhibiting radically changing moods and impaired judgement.

Signs of 4-Aco-DMT Withdrawal and Overdose

Signs of overdose on 4-Aco-DMT will vary depending on the individual and the substances that were combined with it, if any. But some of the signs to look out for, and which may occur simultaneously, include:

Withdrawal signs are not very pronounced because it is not a highly addictive substance. The psychological addiction will produce high levels of restlessness and confusion during the withdrawal period. The major sign, however, are flashbacks experienced by users during withdrawal. This can occur months or weeks after you have stopped using. The flashbacks are similar to the “trips” you experience when you use it.

Abusing 4-Aco-DMT has some dangerous and severe effects on the body, including:

How 4-Aco-DMT Affects the Mind and Body

The substance affects how the user analyzes their environment. Sense distortion is common in 4-Aco-DMT. It alters the serotonin level in the body, and particularly changes parts of the brain so that it affects feelings of depression and mood generally.

Abuse of any substance has an impact on both the person’s body and mind. Not only that, it also affects their relationships with friends and loved ones.

The psychological impact of the substance is deeper than those of taking magic mushrooms. It makes you fixated on particular concepts and ideas for a long period of time. As it also distorts perception of time, it might make one attend to a particular thing for too long without paying attention to what else needs to be dealt with.

Abusing 4-Aco-DMT has physical impacts on the body. It impacts the senses and will consequently lead to poor judgement. Sounds, colours and touch as well as taste, might be distorted severely. When orally abused, one may experience a numbness of the tongue in the best case scenario and a mild sedation in the worst.

All of the above is a give away of a user’s behaviour in their lack of emotional availability and concentration during moments of ‘high’, which lasts longer than other psychedelics. 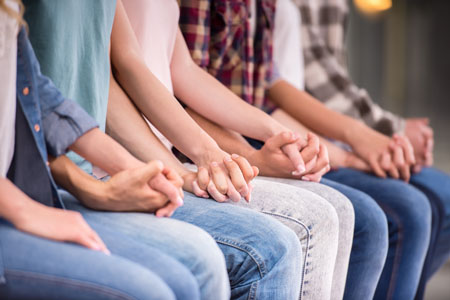 The Social Impacts of 4-Aco-DMT

Socially, abuse will impact on a person’s interpersonal skills. It means that the psychological dependency on the substance can lead to low self esteem which impacts on dealing with other people. There is often a withdrawal from society so that others won’t notice the user’s addiction.

By itself, 4-Aco-DMT has very minimal negative effect. However, when used with other drugs, it can be deadly. You are advised to never use the following substances with 4-Aco-DMT, as their interactions are unpleasant.

When governments declared the war on drugs in the 60s, every continuing study into 4-Aco-DMT was banned, meaning there is little available research into its effect and behaviour. However, the drug resurfaced around 2007 and is playing a large role in helping addicts like cigarette smokers and alcoholics. In fact, while the conventional methods used by clinical psychology in treating addiction saw to a 30% cessation, the unorthodox use of 4-Aco-DMT saw an 80% cessation, according to a study. There is not yet any documentation of 4-Aco-DMT being treated as addiction yet.

It is white in colour and comes in a smooth powdery form.

What is 4-Aco-DMT Addiction and Treatment?

4-Aco-DMT is not addictive in the same way that other drugs are. The body does not crave it or need it like it would with heroin, where the essential neurochemicals are not produced except when one takes the drug. What may happen in the case of 4-Aco-DMT is a psychological dependency. Since it becomes a regular habit to take it, your body feels the compulsion to use it when it is not present in your system.

This form of addiction can be treated with just counseling, psychotherapy, or addiction psychiatry (in advanced cases).

The high lasts for about 3 to 5 hours in total, with about 2 hours of an after-effect period. It all depends on the individual’s system and environment. It induces a pleasurable feeling of warmness, and a soft tingling sensation. You become overly sensitive to your environment and yourself. Objects might feel richer in texture when touched. You tend to experience hallucinations where it feels that one can see sounds and where colors become brighter. There is also the distortion of time. Generally, the high makes you very aware of yourself and changes your perception of physical and abstract things.

What Is 4-Aco-DMT Abuse?

The taking of 4-Aco-DMT without a doctor’s prescription is considered abuse. Also, when you take more than the dose prescribed or take it for a purpose outside the reason for the prescription, you are abusing the drug.

How Is 4-Aco-DMT Legally Classified?

4-Aco-DMT and other psychedelic drugs are classified under schedule 1 out of 5 schedules. Bearing in mind that schedule 1 drugs are the highly addictive, dangerous, and with a high dependency rate.

It is not addictive in the way that cocaine or heroin is. However, constant use can create a habit which compels you to want to use it when your dose finishes.

What are the Dangers of Mixing?

Many users report that mixing 4-Aco-DMT with alcohol, xanax, mushrooms, and so on, is chaotic. That is a mild way of putting it. It is not advisable to mix it with other drugs. A list of substances you should never mix it with has been stated earlier.

What are the Dangers of overdosing?

Overdosing on 4-Aco-DMT can lead to:

Is There a Safe Dose?

An oral dose of 10-25mg is considered common. Anything more than that is regarded as strong and dangerous.

Is 4-Aco-DMT just a Harmless Drug?

By itself, and with the right dosage, it is harmless. However, it interacts negatively with some substances like antidepressants, alcohol, xanax, tramadol and so on. These interactions can be harmful, if not outright deadly.