Although D-lysergic acid diethylamide (LSD) is a dangerous drug, mostly abused by teens and youths, it’s helpful to note that the signs of abuse are very distinctive. This makes it easier to detect amongst children and loved ones.

LSD is sold in capsules, pills or in liquid form. The common form of administration is by soaking the liquid in a perforated blotting paper (usually animated with cartoon characters) and placing it on the tongue.

The effect takes hold within 45 – 60 minutes of using the drug. LSD abuse can occur, even in low concentrations. Recognising the early signs of abuse is a sure way to start treatment.

Because LSD is produced in underground labs without regulation for quality and safety, different batches of the drug can vary significantly in quantity and concentration.

For this reason, a ‘typical’ dose measures about 80-150 micrograms. This is about 3,000 times less than the quantity of aspirin in a standard pill (325 milligrams). With such small quantities, it is hard (almost impossible) to know before taking the drug whether it will be a ‘moderate’ dose or a ‘high’ one.

Regular use of LSD could lead to a tolerance being formed. Eventually, the brain forms a dependence to LSD, with dangerous consequences.

LSD was first synthesised in 1938 by Albert Hoffman, a Swiss chemist who was seeking new medication to treat headaches. In 1943, Dr. Hofmann discovered the hallucinogenic properties of LSD when he accidentally swallowed some of it. Days later, he tried to repeat the experience by taking what he believed was a small quantity of the drug (250 micrograms).

In 1949, scientists in the US started experimenting with the drug, using animals. They tested it for alcoholism, depression, schizophrenia and more. However, there were no positive results for these studies. By the 1960s, LSD made it on to the streets, where it became an epidemic. The drug was eventually declared illegal by the authorities.

When a person uses a stimulant such as LSD, it affects the pleasure pathway in their brain. Neurotransmitters such as dopamine, serotonin or norepinephrine flood the nucleus accumbens, flooding the user with pleasurable sensations. Soon, the brain learns to recognise the drugs in relation to this feeling and restructures its chemistry to accommodate it.

The result is built-up tolerance to the substance. As the user continues to abuse the drug, the brain develops a physical and psychological dependence (addiction) towards the substance.

Why is the drug prevalent amongst youths? It’s not just because they are at an impressionable age, but the drug is available to youths at parties, concerts, universities and many social gatherings. The psychedelic nature of LSD made it popular amongst young people during the time of counterculture in the 1960s and 1970s. 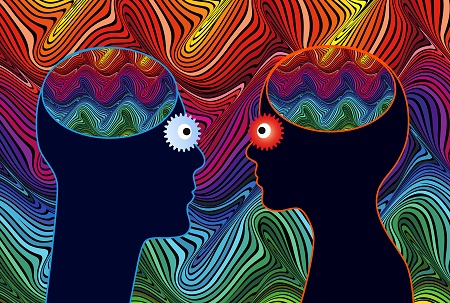 and older admitted to using LSD at least once in their lifetime. The number continues to rise.

Drug abuse is caused when you take more than the required or prescribe dosage over a short period. In the case of hallucinogenic substances, users take it recreationally, without control, until they develop a tolerance and start taking more than they should. In the end, a physical or psychological dependence takes root in the brain.

In the early stages of abuse, there are distinct signs which can be detected if you pay close attention. Besides the signs and symptoms, LSD abuse causes dangerous side-effects to a person’s health and general lifestyle.

LSD is synthesised in unregulated labs, without proper quality control. Because of this, a supposed standard dosage may be highly concentrated, thereby increasing the chance of an overdose. Another cause of overdose is when someone deliberately consumes more to induce an enhanced psychedelic experience.

Overdosing can be fatal. Common symptoms include intense hallucinations, increased body temperature, seizures, vomiting and hypertension. In severe cases, a person may become comatose or die.

How to spot signs of LSD Usage

A person using LSD may feel relaxed and more sociable. The experience is known as a ‘trip’. However, bad trips do occur.

The signs of a person on LSD are:

Five signs that someone is experimenting with LSD

If your friend or colleague is suddenly interested in LSD and lauding its psychoactive ‘benefits’, they may be experimenting with it.

Side-effects of using LSD include:

Psychological Signs of LSD Use

People who use LSD often experience mental disturbances. Some of which include:

When drug addiction takes hold on a person, the signs are almost immediately observed. They suddenly become withdrawn from regular engagements and lose interest in things they once loved. Other behavioural changes are:

It also affects them socially. Drug abusers find it difficult to maintain relationships, keep their jobs, or perform family responsibilities.

Some people experience HPPD or Hallucinogen Persisting Perception Disorder (visual disturbances and flashbacks, even long after use).

After using LSD, an individual will often experience the following after-effects:

If you suspect a loved one or family member of abusing drugs, look for obvious signs. Sometimes, it’s easy, because drug abuse causes drastic changes in behaviour.

These signs are indicative of possible unhealthy drug usage, and you should discuss the risks with them while it’s still early. The best solution is to refer them to an addiction counsellor. 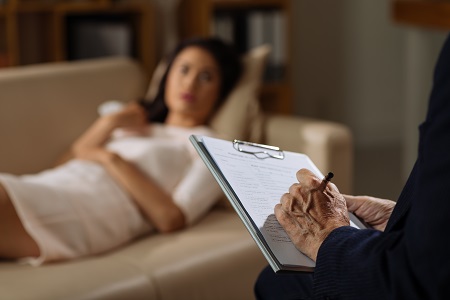 While LSD rarely leads to addiction, it is easy for early users to develop tolerance that may require rehabilitation. The dissociative effect of LSD prompts users to keep taking the drug and piling up toxic residues in their body.

The first thing to do is purge all traces of LSD from the body. This process (known as detoxification) causes withdrawal to occur. Although it can be unpleasant a qualified

doctor will ensure you receive proper care. After detox, you will be required to enter rehab for treatment from an addiction psychiatrist. Common techniques involve behavioural therapy.

Emergency and Addiction Treatment; help for those who have taken LSD

Each LSD trip is unpredictable and has the potential to go ‘bad’ at any time. If you or someone you know is experiencing a ‘bad trip’, call for emergency health assistance immediately. Typical symptoms include panic attacks, delusions and rapid mood swings. While you wait, open the windows and loosen any tight clothing for ventilation.

Things to Look for in a Treatment Programme

Treatment is best administered in a rehab facility, but it’s always good to know what you’re signing up for. When searching for a suitable treatment programme, look for the following:

CARF is short for Commission on Accreditation of Rehabilitation Facilities. It is an international body tasked with inspecting and endorsing safe, reliable rehab centres. It’s always a good idea to choose a CARF accredited rehab centre. At Addiction Helper, we have a network of CARF approved rehabs.

Since it became illegal in 1970, the number of LSD abusers has significantly reduced in comparison with hard drugs like marijuana or cocaine. A 2014 National Survey on Drug Use and Health reported that 287,000 individuals older than 12 years were using LSD at that time.

Many factors are responsible for the decline in use. Difficulty in manufacturing the chemical – as well as a quick development of tolerance – has made the drug less popular in modern times.

We are here for you

If you have a drug-abuse problem or know someone who is dependent on LSD, we are here for you. Addiction Helper offers 24-7 helpline services for people who need advice or treatment.

If you’re looking for a rehabilitation centre in your area, we can provide a list of CARF-approved centres close to you. Start the admission process now, so that you can secure a place that fits in with your regular schedule.

At Addiction Helper, we will offer professional advice to help you overcome your addiction. Call us now. Our friendly representatives will refer you to a licensed addiction expert.

D-lysergic acid diethylamide (LSD) is a synthetic drug, often abused by young people for its hallucinogenic properties. It is currently a Class A drug under the Misuse of Drugs Act (1971).

Hallucinogens are a group of related chemical compounds, known for their psychoactive properties on the central nervous system. Some of them affect the pleasure pathway in the brain and influence the action of neurotransmitters. The result is often a temporary state of ‘euphoria’, with adverse side effects.

What are the risks of LSD?

LSD users are usually at risk of developing tolerance and dependence. Those who become psychologically dependent are more prone to psychosis and schizophrenia. Other risks include stroke, miscarriage and, birth deformity. People who overdose on LSD may fall into a coma or die if quick medical care is not given.

The person will likely exhibit erratic behaviour. From experiencing hallucinations and psychosis to restlessness and paranoia, the symptoms can be dangerous. In severe cases, they present a danger to themselves and people around them. Other symptoms may include seizures, hypertension and vomiting.

What to Do When Your Drug Use Becomes Too Much?

Call for a medical emergency immediately. Increase the ventilation around you. If it is someone else, find out what quantity they ingested and whether they mixed the drug with other substances. Determine their personal details, such as age and weight. This will help the paramedics take quick decisions when they arrive.

Where else can I find help?

If you are unable to get immediate medical attention, call an addiction help centre. At Addiction Helper, we have a 24-hour emergency helpline with trained experts who can guide you accordingly. Whether you need someone to talk to or an addiction professional at your home, we have the resources to help you.