In the simplest of terms, a hallucinogen is a drug that causes hallucinations. Hallucinations are powerful distortions on one’s perceptions of reality. When you experience the effects of a hallucinogen, you feel sensations, hear sounds and see images that appear to be real, but in fact are not. Hallucinogens may also cause intense mood swings.

The effects of hallucinogens are a result of their disruption in the interaction of serotonin and nerve cells in the brain. Lysergic acid diethylamide (or LSD) is often regarded as the typical hallucinogen and is used almost interchangeably with the term ‘hallucinogen’ in many cases.

There are a number of signs and symptoms you may experience if you start to abuse hallucinogens. They include aggressive behaviour, nausea and vomiting, poor focus, increased heart rate, respiratory distress, increased blood pressure, poor concentration and mood swings.

The effects of abusing hallucinogens include poor performance at work, depression, cognitive damage, arrest and incarceration, heart problems, and financial instability. It’s best to stay away from hallucinogens before they become too much of a problem. We are always here to help if you don’t know where to start.

If you suspect a friend or relative is abusing hallucinogens, there are a good number of physical symptoms to look out for. They include problems with coordination, dilated pupils, profuse sweating, numbness, dizziness, increased body temperature, and increased heart rate.

You may find that there are spikes in their energy levels or extreme insensitivity to pain, so serious that they don’t even notice when they are hurt.

Hallucinogens produce emotional and behavioural signs as much as they do physical ones. If you’re engaged in substance abuse, you may have noticed feeling anxious, aggressive, confused, or agitated.

You can experience auditory or visual hallucinations, mixed senses, terror, fear or panic. You may even see colours or have a poor perception of distance and time. Hallucinogens can also push you to engage in behaviour you normally wouldn’t engage in, such as dangerous acts or unsafe sex.

It can be difficult at first to see the damage your substance abuse might be causing to your finances and other people around you. While it will certainly impact on your physical and emotional wellbeing, it will also affect your relationships, family life, personality, employment, and education. 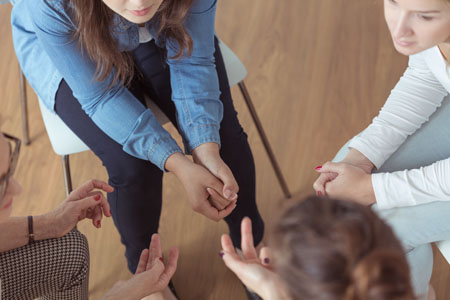 the figures increase over time and before you know it, you’re in a financial crisis. It’s even worse if you get into trouble with the police.

There are many possible signs of hallucinogen abuse, but here are the top 10:

The signs and symptoms of LSD are so distinctive, it won’t be too much of a challenge for you to detect when a family member or friend is abusing the drug. Some of the physical signs to look out for include: blurred vision, dizziness, convulsions, paranoia, weakness, salivation, dilated pupils, and inability to perform tasks that may be considered complex, such as driving.

Dimethyltryptamine (or DMT) produces similar effects to LSD, but has a lower intoxication period of about 30 to 45 minutes. If you notice your friend or loved one seems to be feeling out of touch with reality, that could be an indication of DMT abuse. It is also a warning sign if they come to you with talk of having encountered God, aliens, or magical beings. 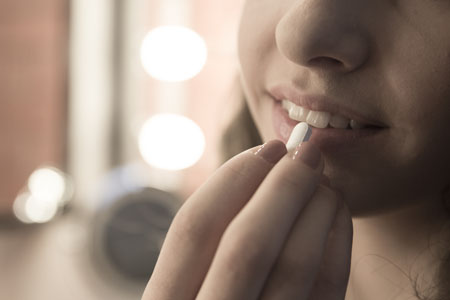 Demerol is a prescription painkiller that happens to be a highly addictive opioid. The challenge with detecting Demerol abuse is that it can be hard to tell if the drug is being abused, especially if it is already being prescribed. However, some of the symptoms of abuse include: unusually constricted pupils, constant itching, slowed breathing, disorientation, profuse sweating, nausea, vomiting, and constant fatigue.

It’s not easy to watch a loved one become ruined due to the effects of substance dependence. Therefore, it’s best to catch hallucinogen usage as early as you possibly can. There are a few methods you can use to determine whether a family member or friend is abusing hallucinogens.

Hallucinogens can cause powerful hallucinations, causing your loved one to experience their deepest fears. This can be dangerous, because they could end up harming themselves or others by acting violently when in the grip of the drug. Be sure to look out for behavioural clues like depression or psychosis, panic attacks, impaired perception and distorted sense of identity and time.

Many of the physical symptoms of hallucinogen abuse can be noticed relatively easily, but you’ll have to look more closely to spot others. Some symptoms include tremors, dry mouth, sleeplessness, loss of appetite, sweating or chills and dilated pupils. Hallucinogens also affect the temperature of the body and may lower or raise it. The same applies to blood pressure and heart rate.

Like all other drugs, it’s not difficult to overdose on hallucinogens. You may suspect an overdose if you or your loved one displays symptoms such as: illogical speech, rapid breathing, seizures, impaired motor skills, speech impairment, dilated pupils, blurred vision, memory loss, respiratory failure, hypothermia or hyperthermia, analgesia, and in some cases, coma. An overdose may also lead to death.

In England, there was a 6% increase in hospital admissions with a primary diagnosis of drug-related behavioural disorders and mental health issues from 2014/15 to 2015/16. The number was actually at 8,621 in 2015/16. Within the same period, hospitals saw 15,074 admissions where poisoning by illicit drugs was the primary diagnosis. In 2015, 2,479 deaths were registered as being related to drug abuse. The figure was 10% lower in 2014.

One of the biggest causes of hallucinogen abuse is the tendency for them to be used recreationally, especially in social groups. There is also the ‘out-of-world’ experience and assumption that they are not highly addictive. Behavioural issues such as antisocial personality disorder may also be risk factors for hallucinogen abuse.

Scientists are still not certain why some people are more likely to be addicted than others. Please, don’t fall into the trap of believing hallucinogens are harmless, because they can actually lead to fatal consequences, such as accidental suicide.

Some of the long-term effects of hallucinogen abuse are physical and others psychological. They include: birth defects, increased risk of developing psychotic episodes or schizophrenia, depression, cross-tolerance, a motivational syndrome, HPPD (Hallucinogen Persisting Perception Disorder), flashbacks, persistent psychosis and acute panic attacks.

It’s possible for you to be dealing with a mental disorder at the same time as your drug problem. If you think you might be in such a situation, you don’t have to worry too much, because you can receive the treatment you need. However, it’s important that you seek help as soon as possible. Some of the most common co-occurring disorders in hallucinogen abuse are depressive disorders, bipolar disorders and anxiety disorders.

One factor that will determine the withdrawal symptoms you might experience when ceasing hallucinogens usage include your mood (when you were using the drug and your experience with it). During withdrawal, you may experience seizures, fluctuations in your body temperature, increased breathing rate and blood pressure, elevated heart rate, feelings of rage, speech difficulties, severe mood swings, panic episodes, tremors, and muscle stiffening.

If you are addicted to hallucinogens, the first step of your treatment programme will be detoxification, which is a process where the drug will drain out of your system as you are kept under medical surveillance. You will be given medications to help calm your mind and body as you go through withdrawal.

You may also be given medications to help take care of whatever psychological shifts result from the absence of the substance you are used to. Following detox, you will continue with therapies aimed at helping you become drug-free in the long run.

When to see a doctor

While not every hallucinogen will cause addiction, all psychedelic drugs produce unpredictable side effects that can result in dangerous behaviour. Please see a doctor immediately if you notice you are experiencing bad ‘trips’ that last for months, weeks or hours, dealing with severe mental disturbances, or find that your concentration and memory are impaired.

Other signs indicating that you should see a doctor include psychosis, increased panic, prolonged depression, and decreased motivation.

When to seek emergency help

If you suspect you might have taken an overdose, you must seek emergency help immediately. Overdose is possible and dangerous, but it’s not the only reason to seek help. If you’re addicted to a psychedelic drug, please seek emergency help, because delaying treatment can only compound your problems.

An intervention refers to a structured conversation between you, alongside other family members and your loved one who is addicted to a drug. Staging an intervention can be the perfect way for members of the family to express their feelings to the addict. In many cases, it provides enough of a push for your loved one to seek treatment for their addiction.

Relapse is always a risk after you have completed treatment. However, the therapy sessions during your treatment programme will equip you with the skills needed to reduce that risk. Meanwhile, it is not uncommon to relapse not long after treatment. If that happens, you’ll have to pick yourself up and continue your journey to recovery.

What is Hallucinogen Abuse?

Hallucinogen abuse refers to the use of psychedelic drugs that have not been prescribed by a certified medical practitioner or using such drugs in a manner that was not intended by the medical professional, if prescribed.

What is Hallucinogen Addiction?

Hallucinogen addiction is a condition whereby you cannot resist the urge to continue using a psychedelic drug, regardless of what harm it may be causing you, especially if you have tried to stop but were unable to.

Who does Hallucinogen Addiction Affect?

Hallucinogen addiction affects you, the addicted individual. It also affects your friends and members of your family,

including your parents, spouse, children, or anyone else who might live with you or depend on you.

What are the Risks and Effects of Hallucinogen Abuse?

Are the Signs and Symptoms of Hallucinogen Abuse Deadly?

The signs and symptoms of hallucinogen abuse may not be deadly in themselves, but they can lead you to seriously hurt yourself or someone else whilst you’re under the influence of the drug. In addition, long-term usage of hallucinogens can rewire the brain’s chemical pathways.