Ketamine – an anaesthetic and tranquiliser commonly used in human and veterinary medicine – is abused due to its ability to act as a hallucinogen and dissociative (creating an ‘out of body’ sensation). It is a short-acting drug, whose immediate effects last for a couple of hours at most per dose. As such, users can often indulge and be back at home before family and friends realise they have been out and about abusing the drug

The signs and symptoms of ketamine abuse and addiction are not so easy to spot, especially for a non-user. However, it’s not impossible – and because of ketamine’s damaging long-term potential it’s vital to confirm your suspicions about whether or not a friend or loved one is using ketamine. The deleterious effects of ketamine addiction are not often apparent until it is too late.

Ketamine is classified clinically as a dissociative anaesthetic and it is usually administered intramuscularly or intravenously. It causes a loss of both awareness and feelings and as such is used to induce sleep in patients undergoing surgery. It also has the ability to block the feeling of pain and thus is used to manage patients with chronic pain. The illicit use of ketamine as a recreational drug is due to its ability to produce a dreamlike or hallucinogenic state. Users often start by inhaling the drug in powdered form or mixing it with a drink. They may then graduate to intravenous use as they become addicted.

The signs of ketamine abuse are often easy for a user to recognise; a‘drug naïve’ person on the other hand might gloss over such important details. As with most drug addictions, early detection is key towards helping your loved one make a quick recovery. The longer a person uses ketamine, the more dangerous it is, and the more they are exposed to the risks of long-term abuse. The influence of ketamine over the brain and its impact on the body become more apparent, the longer a person abuses it.

Frequent use and addiction to ketamine often come with behavioural and emotional changes that might be hard to spot at first. Sometimes, you might notice these changes but be unable to explain the reason:

Ketamine use, abuse and addiction also come at a price. Changes in social and financial status can also be pointers to the fact that a relative, loved one or friend is addicted to ketamine:

Being able to recognise when a loved one is on a ketamine ‘high’ might also place you in a better position to help. Here are the ten most common signs of ketamine abuse.

Recognising Ketamine use in Family Members

When you suspect that someone you love is addicted to ketamine, knowing what to look out for can be helpful if you want to nudge them towards recovery. You can watch out for specific changes or certain things that will confirm your suspicions.

Drug abuse and a developing drug addiction make a person change their normal behavioural patterns to accommodate their addiction. In addition to this, ketamine has the ability to cause semi-permanent changes to the brain, affecting its ability to focus and be coherent. Watch out for the following unexplained changes in behaviour:

The physical symptoms of ketamine abuse to look out for are as follows:

Identifying Physical Evidence of Ketamine Use

As with all forms of drug abuse, there are physical items which could indicate that your friend, family or loved one uses ketamine. Identifying those can make it easier for you to recognise ketamine abuse.

If you’re able to find ketamine or any other evidence of ketamine use, remember to proceed with caution. Seeking professional help is the best course of action.

If you suspect that you or someone you know has taken an overdose of ketamine, please contact emergency services immediately.

The prevalence of ketamine use in the UK has been capturedby different drug surveys.

The causes of drug abuse are unclear and could vary from one person to the next. Some studies have pinpointed certain things that could indicate the reason for drug abuse in general. These include genetic predisposition, any co-occurring conditions, and environmental circumstances. Teenagers and adolescents are often curious about drugs,but only a small percentage end up being frequent abusers of drugs.

Genetic factors have been implicated as a risk factor for ketamine usage, due to the fact that 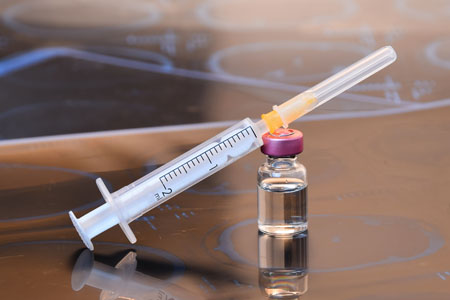 drug abuse often runs in families. However, the cases where people with a drug addiction problem have no family history makes this a clear indication that genetics alone cannot result in drug abuse.

Some environmental influences are also known to be risk factors that predispose a person to ketamine usage. These include parental abuse and neglect, peer pressure, behavioural problems, as well as easy availability of ketamine.

Any of these factors when combined can lead a person directly towards ketamine abuse.

Long-term, repeat usage of ketamine in high doses leads to a physical dependence and tolerance of the drug. With tolerance comes the effect of needing larger (and potentially toxic) doses of ketamine to attain the ‘high’ that you seek. Other long-term effects include:

Common health conditions that occur alongside a drug addiction include anxiety, depression, schizophrenia, eating disorders, and so on.

The effects of ketamine withdrawal are more pronounced in people who have a history of frequent and repeated use of high doses, over a long period of time. The withdrawal effects are more psychological than physical, resulting in a focus on your mental health status if you’retrying to kick a ketamine habit.

Withdrawal symptoms you or a loved one can experience when trying to kick a ketamine habit include:

Stopping the use of ketamine is not easy, but with the right kind of support, you can do it. Ketamine addiction treatment usually begins with detox at an appropriate facility, where you’ll be medically supervised. Sometimes, drugs may be given to help you manage ketamine withdrawal symptoms. In addition to this, the following treatment plans could be carried out:

The treatment you get depends on a lot of factors, such as duration of ketamine use, co-occurring disorders, and co-use of drugs.

When to see a Doctor

If you suspect that a loved one is ketamine-dependent, then speaking with a doctor could be exactly what you need to offer them help. Indeed, if you are using ketamine at regular intervals, in increasing doses, then you should reach out for help before experiencing the effects of long-term ketamine abuse.

When to seek Emergency Help

Staging an intervention for a person with a ketamine addiction should occur in the presence of an intervention specialist, who will help you express yourself properly to your loved one. It is usually recommended to try a ‘one on one’ intervention first, before using a group intervention. An intervention needs to be carefully planned and should have a positive tone.

The following steps can reduce the chances of relapsing:

What is Ketamine Abuse?

Ketamine abuse occurs when ketamine is taken outside of a clinical setting, for recreational purposes.

What is Ketamine Addiction?

Ketamine addiction occurs when a user of ketamine, having taken the drug several times, develops a mental or physical dependence on the drug. The user is no longer able to control their use of the drug and responds to intense cravings for ketamine.

Who does Ketamine Addiction Affect?

Ketamine addiction affects the user, their family and friends, as well as society in general.

What are the Risks and Effects of Ketamine Abuse?

Ketamine abuse exposes the user to many short and long-term risks and effects. Ketamine abuse affects major organs in the body, such as the heart, lungs, kidneys, liver, and the brain. Bladder damage from long-term ketamine use could result in the bladder needing to be removed, resulting in lifelong incontinence. Auser is also vulnerable to date-rape and other STIs that could be contacted from being raped.