Symptoms of GHB addiction are usually present when the individual develops a dependence on the drug. Most of the people addicted to GHB are teens and young adults, as it is popular in high schools and universities.

GHB addiction is characterised by a serious psychological dependence. This means the affected person may see or experience hallucinations if they don’t take the drug. There are warning signs of abuse that can prevent dependence if caught early. You can save someone you know or love from experiencing the harm of these adverse effectsò you can help them stop addiction from ruining their life.

We have outlined signs and symptoms, as well as treatment for GHB addiction. If you or a family member are struggling with drug abuse, contact a professional to begin the necessary steps for treatment.

Taking GHB may feel pleasant at first, but the euphoria is short-lived and leaves harmful side effects in its wake. Commonly referred to as a ‘club drug’, GHB is abused by young people at parties, nightclubs and concerts. It is also a drug of crime because it’s used to incapacitate victims before performing acts of sexual abuse.

GHB is short for Gamma Hydroxybutyrate (G4 H8 O3). It is a central nervous system (CNS) depressant that was first used as a dietary supplement. However, it was discontinued in 1990 following scientific evidence that it posed serious health risks.

GHB and two similar chemicals – butanediol (BD) and gamma butyrolactone (GBL) – were found to be responsible for three deaths and 122 severe side-effects. However, it continues to be produced and sold illegally for recreational use.

GHB is an anaesthetic, known more for its sedating properties than painkilling qualities. Other forms of the drug include GBL and 1,4-BD (1,4 Butanediol); both immediately convert to GHB when they enter the body.

GHB, GBL and 1,4-BD are transparent, odourless and oily, with a slightly salty taste. When sold illicitly, each compound is packaged in small, transparent bottles or capsules. Nonetheless, GBL and 1,4- BD have legitimate functions as stain removers and paint strippers.

Causes and Risk Factors for GHB Abuse and Addiction

The chances of abusing or becoming dependent on GHB can be influenced by a variety of factors, ranging from genetic to environmental.
People whose parents are genetically pre-disposed to abuse GHB or become addicted to the drug have a higher chance of developing dependence than those who don’t. Some scientists are of the notion that there is an ‘addiction gene’.

Environmental factors can also increase the risk of addiction. Children who grow up amongst users learn to use and abuse the drug themselves. Likewise, peer pressure plays a strong role in abuse; spending a lot of time at parties, clubs and events where GHB is common, increases the risk of usage.

How Is GHB Abused?

GHB is mainly used as a recreational drug and often combined with alcohol. Its clear, colourless form can cause it to be mistaken for water. It is sold in small bottles for £5 – £20, depending on the concentration.

University students and young adults use the drug at parties to get ‘high’. GHB is also used to incapacitate victims for sexual assault, because of its strong sedative properties.

Ecstasy, increased libido and tranquillity are reported to be immediate effects of GHB usage. However, as the drug wears off, the negative effects can be felt. Perspiration, loss of consciousness, visual and auditory hallucinations, nausea, headaches, and exhaustion are typical unpleasant feelings associated with the drug.

There is potential to become addicted when you abuse GHB. Mixing it with substances like alcohol can increase the chances of overdose, coma or even death.

In the UK, GHB is a Class C drug and its possession is punishable by two years in prison. Meanwhile, supply and distribution of GHB can result in a penalty of up to 14 years in jail.

Signs and Symptoms of GHB Abuse

GHB addiction is potentially fatal. Of course, it’s better to prevent the problem from escalating that far. If you use GHB recreationally, you may unwittingly be abusing it. If you suspect someone you know of abusing GHB, identifying the symptoms is the first step towards getting them help.

The symptoms of abuse and addiction are different but may intersect at some point. However, the latter poses fatal consequences and should be treated with urgency.

It’s also important to know the difference between abuse and addiction. While abuse is the indiscriminate use of a drug outside the recommended quantities, addiction is the development of a physical or psychological dependence that prevents you from suddenly discontinuing use. It triggers symptoms known as ‘withdrawal’ which can be severely uncomfortable.

Combining GHB with alcohol and other sedatives such as benzodiazepines increases the risk of overdosing. Even consuming high doses of GHB alone can result in profound sedation, seizures, unconsciousness, respiratory complications and even death.

Behavioural Signs of Someone On GHB

The effects of GHB can be felt as quickly as 20 minutes after taking the drug and can last for hours.
Common behavioural signs include:

Physical Signs of Someone on GHB

GHB usage can also be evident in a person’s physical appearance. At a party, it is not very difficult to spot people on GHB. Signs include:

If someone overdoses on GHB, call the emergency services immediately. While the paramedics are on their way, loosen any tight clothing and open the windows for better ventilation.

Effects of GHB on your Health 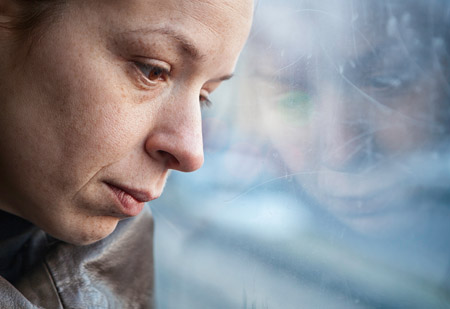 Prolonged abuse of GHB can pose serious health risks to the user. Besides the brain – which experiences a structural change – other parts of the body, such as the heart, can become damaged. For example, the risk of cardiac arrhythmia is high amongst GHB abusers.

Psychological dependence on GHB can affect a person’s mental health.

Anxiety and bipolar disorder are commonly associated with people who abuse GHB. Overdosing on the drug has reportedly led to acute symptoms such as seizures, respiratory depression, coma and death.

Effects of GHB on a User’s Life

Abusing GHB forces the brain to adjust to the chemical. It rearranges its structure to become more tolerant to subsequent doses. With time, users begin to take more doses than they used to previously. Tolerance eventually paves the way for dependence.

Once a person is dependent on GHB, it can affect their life the following ways:

Co-occurring disorders are those health issues found to be associated with GHB abuse. Sometimes, abusing a drug can lead to related mental health problems.

Some co-occurring disorders could be used to diagnose substance addictions.

GHB Abuse or addiction is unhealthy. If untreated, it could cause life-threatening health problems. Besides the long-term side-effects, the immediate social effects of the abuse can prevent you from living a truly fulfilling life.

Treatment is the best way to achieve this and it begins with seeing an addiction specialist or checking into rehab.

Treatment and Therapies for GHB Abuse and Addiction

Addiction treatment is generally a two-pronged process that starts with your willingness to achieve full recovery from dependence. The first step is detoxification and the next is getting proper treatment through rehabilitation therapy.

See an expert for guidance on a suitable rehab centre to check into. Some rehabs have a detox clinic on the premises, which makes it easy to move on to therapy immediately. It is important to choose a CARF-accredited centre for best results.

Detoxification on its own is not a treatment method, but it is the first step towards receiving one. It aims to expel all remnants of GHB from your body by triggering withdrawal. Prior to withdrawal, the physician will determine your dependence levels to prepare for unpleasant effects. Some benzodiazepines and sleep medicines may be administered to ease withdrawal discomfort. Detox may last 7-14 days or more.

Getting Through and Managing Withdrawal from GHB

Withdrawal should happen in a controlled environment for safety reasons. In addition to benzodiazepines, doctors may administer antipsychotics to reduce hallucination.

What Happens Before, During and After Rehab?

After detox, rehabilitation therapy follows. Before checking into a rehab centre, it is advisable to conduct a proper check with regards what facilities may be suitable for you.

A professional can assist you with this process. Some things to look out for are: accreditation status, qualifications of the medical team, type of programme, location and overall feel of the surroundings. 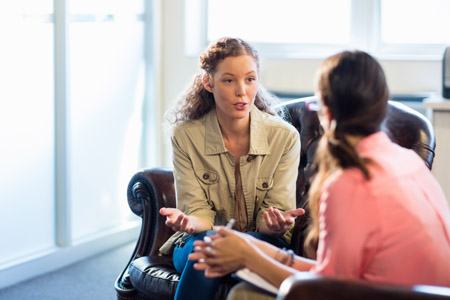 In rehab, you will meet an addiction counsellor to discuss your problem, as well as how to beat cravings. The sessions also aim to uncover the root cause of your addiction and prevent relapse. Rehab enables you to meet others who share experiences and the will to beat addiction, like you. Some rehabilitation centres employ group activities such as creative arts, dancing and sports to help you get better.

Some therapeutic methods include:

After rehab, there are aftercare programmes designed to help you maintain sobriety. These programmes connect you to sponsors and support groups. If you struggle with cravings, you can always find help from someone who is willing to listen.

How to Build a New Sober Life?

It is possible to live a sober life, clean from GHB. After rehab, maintaining contact with your support group, adopting new behaviour and taking up positive projects will help keep cravings in check. Also, avoid friends who still use drugs, as they are potential triggers. All you need to live a healthier, fulfilling life are positive influences and the right company.

One of the foundations of a successful recovery is a having a strong support group. They exist to provide backing and help you during difficult periods because they will come. When you experience challenges, you are better off fighting it with people who care. They could be your family, friends or sponsors.

The family is the first supportive unit. It is important to come clean to your close family members and let them help you with your abuse problem. Whether it is providing a listening ear or being there for you. Your family doesn’t always have to be blood relatives, as they could be work colleagues or close friends.

GHB abuse is more common in teens and young adults below the age of 30 years. The National Institute on Drug Abuse announced that 1% of secondary school seniors, 0.8% of Year 11 students and 0.3% of Year 9 students have used GHB once.

Women between 16 – 24 years are four times more likely than any other age group to be exposed to GHB against their wish.

Get Started on Your Path to Recovery

Are you a frequent user of GHB? Do you know someone who needs help? Call our confidential helpline. It is open 24/7 for all your enquiries.

Get your questions answered. Call now and speak to an addiction specialist today.

GHB is a central nervous system (CNS) depressant with anaesthetic qualities, which is often abused for its euphoric effects and increased sex drive. However, the side-effects can be harmful.

What Other Drugs are Used With GHB?

How is GHB Abused?

GHB is often abused at parties and clubs and is taken by drinking from a small bottle.

What are the Street Names of GHB?