DMT is short for dimethyltryptamine – a hallucinogenic drug that induces a psychedelic ‘trip’ lasting between 30 to 45 minutes after intake. It is a Class A drug under the Misuse of Drugs Act, with no recognised medical function.

Addiction comes with several signs and symptoms, and recognising them early is critical to preventing long-term harm. If you’re struggling with dependence or have a loved one who needs help, there are helplines open 24-hours a day.

Synthetic DMT is a white crystalline powder that is generally consumed by smoking, snorting or injecting. Users don’t need to take plenty of the drug to feel its hallucinogenic effect, since concentration is strong in doses as low as 0.2 mg/kg.

DMT triggers psychoactive effects by affecting the serotonin receptors in the brain. The drug is fast-acting, with the ‘euphoria’ felt almost immediately after ingestion. However, the feeling is short-lived, lasting less than 45 minutes. Because of this, DMT is the popular drug of choice for people who want to experience LSD-like effects, without staying inebriated for too long.

Unfortunately, the short-acting property of DMT makes it easy to binge for users seeking to experience a longer-lasting ‘trip’. Continuous use of DMT can lead to abuse and dependence on the drug, because it alters the chemistry and general brain structure that opens the way to further harm.

DMT can be extracted from different plant sources and synthesised in a laboratory. It first became popular as an addictive drug in 1960 and has resurfaced in the last decade. However, its history dates back centuries, when Amazonian natives used it for religious practices and sacred rituals.

DMT is in the same class of drugs as LSD, psilocybin and peyote. These chemical compounds act by triggering special centres responsible for pleasure and reward in the brain. The drug’s psychotropic effects were first studied scientifically by Dr. Stephen Szara, a Hungarian chemist and psychologist who performed experiments on volunteers in the 1950s.

DMT does not induce psychedelic effects on its own when ingested orally, because of the deactivating effect of monoamine oxidase, a metabolic enzyme. However, when used orally with other plants that inhibit its metabolisation, the hallucinogenic effects can be felt.

For example, ayahuasca – a mind-altering plant brew (popular among Amazonian tribes) made from charuna leaves which contain DMT, together with plant materials that contain harmala alkaloids – prevent DMT metabolisation to produce the feeling of euphoria.

Today, the synthesised form of DMT contains a mixture of similar inhibiting substances to arrest metabolism. Abuse occurs when users take the drug repeatedly to prolong the psychedelic effects. It soon leads to a dependence that affects the user’s behavioural, emotional and physical demeanour.

Common street names of the drug are ‘fantasia’ and ‘businessman’s trip’.

The use of DMT recently spiked among young adults due to internet growth. According to the Journal of Psychopharmacology, 8.9% of people who used drugs between November and December 2012 had tried DMT at least once in their lifetime. 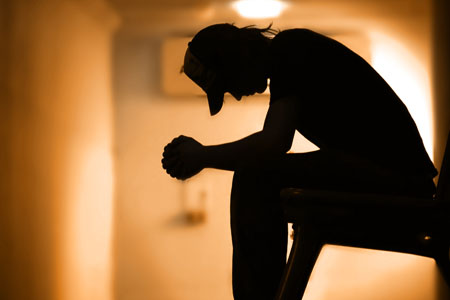 In another study, it was revealed that DMT had the highest prevalence (24%) among first time users of hallucinogenic drugs. This is an indication of the drug’s potential rise in mainstream popularity.

DMT is commonly used in social gatherings such as clubs and parties, because of its fast-acting, short-lived effect.

Hallucinogens like DMT characteristically change the way you think, see and feel, whilst active in your body. The experience is often described as a ‘trip’, which may feel pleasant at first, but the consequences can be very severe.

DMT acts on the serotonin receptors in the brain, producing euphoric effects and in some cases, ‘out-of-body’ experiences. Some people associate it with spiritual elements, which is why it served as a feature of sacred rituals in the past.

Common physical changes may affect perception of colours and sounds, as well as other sensory effects. Users tend to see things that are not there, and in some cases, tactile hallucinations may occur.

There are common signs and symptoms of DMT abuse. If not identified and treated early, the side-effects can be dangerous to one’s general health.

DMT overdose via inhalation is almost impossible. However, when injected, there is the potential to use too much. The standard dose for the drug when injected is 60 mg. Although it would take about 90 times the typical dose for risk to occur, some people still expose themselves to too much.

There are many recorded deaths linked to DMT overdose, but most of the victims had a pre-existing condition. If you suspect someone of an overdose, call for medical help immediately.

How to spot signs of DMT abuse

While DMT is not typically considered addictive, people develop a dependence to the drug. Spotting the signs could save you (or someone you love) from a life of regret.

The following are signs of DMT abuse:

Signs that someone is experimenting with DMT

When people try DMT for the first time, it’s often easy to tell. Based on research that DMT is a common choice of drug for first-time users, it’s important to pay attention to the signs. How to know someone is experimenting with DMT:

Physical Symptoms and Side Effects of DMT Use

DMT’s effects are fleeting, but the drug can produce various physical and psychological side effects. In addition, there are long-term adverse effects on your health. The effect of DMT can also affect you psychosocially, interfering with work, relationships, family and so on.

Physical side effects of DMT

Psychological signs of DMT use

Addiction to DMT produces certain behavioural changes because it alters the brain and prevents the individual from functioning normally in the absence of the drug. Signs include:

To prevent withdrawal, DMT abuse can make you do things you wouldn’t normally, like sell valuables to acquire the drug.

Prolonged abuse of DMT eventually takes its toll on your body. The drug exerts so much pressure on the heart that it often leads to cardiac arrests.

Other long-term health implications include:

DMT abuse provides a pleasant hallucinogenic effect in the short term. This ‘high’ is what many abusers seek when they repeatedly use the drug. Common effects include increased blood flow, elevated heart rates, perception alteration (psychedelic feeling), increased sexual libido, focus and attention.

After the drug wears offs, the after-effects can be unpleasant. If you are dependent, you’ll experience an overwhelming feeling of depression, weakness and loss of appetite. Other signs are dry mouth, muscular spasms, flashbacks.

Most people don’t recognise signs of unhealthy drug use in their loved ones. When they eventually do, it’s usually too late. The results can be damaging to the abuser and their family. How do you look out for tell-tale signs? Whether it’s your teen child or spouse, the signs are generally the same:

Prescription drug abusers generally use more than is recommended, and tend to run out of supplies quickly. These are possible signs of drug abuse.

Treatment for DMT abuse begins with talking to a professional about your problem. You will be referred to a hospital or rehab centre for detoxification. Detoxing purges the body of the remaining traces of DMT. It’s the first step of treatment prior to rehabilitation.

There are two types of rehab:

During rehab, different therapies will be used to help you overcome cravings and prevent relapse when you leave the facility.

Sometimes, an overdose or near-death situation can inspire immediate treatment. In the case of an emergency, call for medical help immediately. Find out how much your loved one has ingested, their age, weight and any other relevant information. This will help the medical team when they arrive.

There are several addiction centres in the UK. Different helplines can provide information to help you receive comprehensive treatment anywhere in the country.

Help for those who have taken DMT

If you think someone has mistakenly taken DMT, find out the dosage ingested. In small quantities, they can ‘ride out’ the drug until it wears off, but if the quantity is higher than normal, call for medical assistance immediately. Loosen tight clothing and open the windows for ventilation while you await help.

Things to look for in a treatment programme

The quality of treatment programme you choose for DMT abuse is critical to full recovery. Many centres promise the best, but it’s up to you to research their background.

Every medical treatment facility is regulated by an authority. CARF is an acronym for Commission on Accreditation of Rehabilitation Facilities, and is a universal regulatory body for substance abuse treatment centres. For certainty, a CARF-accredited rehab is ideal for treatment.

DMT has the highest prevalence amongst first-time users and is noted as a drug of choice for new ones.

It’s a common saying that DMT inspires spiritual experiences because of its psychoactive effect. However, this is a myth, as intoxication comes from the subconscious.

Are you struggling with an addiction to DMT or are you worried a loved one may have gone down a bad path? Finding a good, reliable rehab which would provide you with a bespoke treatment plan is what you and your family need. If you call a helpline or a referral service, even private rehabs themselves, you will get invaluable advice on possible treatments.

Start your admission process by talking to a qualified professional. Make sure you or your loved one will be treated with reliable techniques to help you overcome your dependence.

Don’t let dependence take over the things you love. From family to friendship, work and good health; you can live life afresh if you get treatment early.

Can I become addicted to DMT?

Yes, you can. The temporary psychedelic effect can feel uplifting, and many people abuse the drug to relive this experience. Unfortunately, abuse often leads to dependence.

What are the effects of DMT?

DMT makes you feel a ‘rush’. The psychedelic effects include elevated mood, heightened focus, hallucinations and a general sense of well-being. However, the effects of long-term abuse can be damaging to the heart and respiratory organs.

Yes. It induces the secretion of serotonin in the brain and floods the mind with euphoria. The continuous abuse of DMT eventually builds tolerance that creates an addiction.

What are the side effects I need to call my doctor about right away?

What is DMT (dimethyltryptamine)?

DMT is short for dimethyltryptamine, a hallucinogenic drug that induces a psychedelic trip lasting between 30 – 45 minutes after intake. It is generally consumed by smoking, snorting or injecting the liquid substance.

What are street names for DMT?

Common street names for DMT are ‘Fantasia’ and ‘Businessman’s trip’.