If you’re concerned that you may be addicted to marijuana, you should see an addiction counsellor for advice. Conversely, somebody you care about may be abusing marijuana. Being aware of the signs is the first step towards helping them. You can talk to them about their habit or involve an addiction specialist.

Marijuana is often mistakenly considered a non-addictive substance, as it is a ‘natural’ plant. However, it can be abused and there are harmful, long-term consequences. In this post, we discuss how to recognise signs of abuse early and take action quickly.

Marijuana is the most commonly abused illegal drug worldwide. It is a dry, cut mix of flowers, leaves and the stem of Cannabis Sativa (the hemp plant). The smoke has a pungent, distinctive odour, which may be described as sweet and sour. Besides the smell, there are specific warning signs that are indicative of abuse.

Recognising the main symptoms of marijuana use

Symptoms of marijuana use/abuse are physical and behavioural. They are:

Other signs of marijuana use you shouldn’t ignore 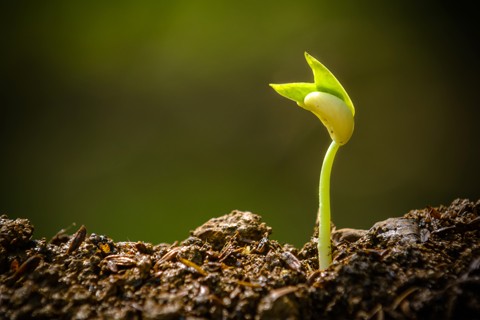 Marijuana abuse also manifests itself in certain behaviours. If you suddenly discover an increased tolerance in your usage, it could mean you are abusing the drug. Do you often perceive a distinctive smell from your teen’s locked room? Are they obsessed with air-fresheners? Odourisers are often used to mask the smell of marijuana. Other signs include cravings, inability to perform cognitive tasks, being frequently ‘high’ and developing a large appetite at unusual hours.

The impact of marijuana overdose

Marijuana may be prepared with food as ‘edibles’. Using marijuana this way is dangerous and increases the risk of an overdose. As ingested marijuana takes a longer time to act, you could end up consuming more than you should. A marijuana overdose is different from one caused by other drugs, because it is not necessarily life-threatening on its own. However, it can lead to hazardous accidents that often end in death.

Long-term abuse of marijuana can lead to dependence, which is a chronic condition where a person finds it difficult to control their consumption, despite the personal, health, work-related or social consequences.

Dependence (or addiction) is formed when the brain becomes tolerant to Tetrahydrocannabinol (THC), the psychoactive component in marijuana. Tolerance develops from long-term abuse and allows the individual to consume more of the drug each time. Eventually, the brain forms a fixation to THC and rearranges its structure to function normally (only with THC present).

Marijuana is typically consumed by smoking the dried leaves in a paper-wrap, bong or pipe. However, some people prefer to cook it in meals and eat it as an ‘edible’. Common types of edibles are cookies, brownies, candies or drinks.

What does it mean to be addicted to marijuana?

Marijuana addiction is when someone is unable to function ‘normally’ without consuming the drug. This means they have developed a psychological dependence that will trigger severe symptoms (withdrawal) if they suddenly discontinue using marijuana. An addiction normally alters the way you behave and could cost you your health, relationships or career.

The immediate side-effects of marijuana are not life-threatening, but there are inherent risks. There was a reported increase (by 59%) of marijuana-related emergencies in hospitals across the country from 2006 to 2010.

Common short-term side effects include:

Marijuana addiction often manifests visible signs which may be characterised into behavioural, physical and social symptoms. Noticing any of these can be a red flag for an addicted relative or colleague. Behavioural symptoms include:

The physical effects of marijuana addiction are:

Being addicted to marijuana can take its toll on a person’s mental wellbeing. The psychological effects are not fully understood, but some scientists believe that marijuana addiction increases the risks of developing mental problems such as depression, motivation disorder, anxiety and schizophrenia.

People who have a psychological dependence to marijuana generally experience a severe mental crisis when they are unable to use the drug. In extreme cases, they may hallucinate and expose themselves (or people around them) to harm. The consequences can lead to life-threatening accidents.

How relationships are affected by marijuana addiction

Addiction poses a lot of complications in a person’s life. It often causes social problems that result in isolation from family, friends and society. People who are dependent on marijuana are often less motivated and withdraw from social participation; they fail to try in their personal and work obligations. This tends to make people around them feel neglected.

Addiction is particularly unhealthy for family or romantic relationships. Over time, the detachment can result in strained friendships, because people find it hard to keep up. Many addicts lose their jobs and become a ‘burden’ to friends. The result is a life of isolation and loneliness.

While many people believe that marijuana addiction is rare, it is real, and teenagers are mostly at risk. However, older age groups have also been discovered to show potential for addiction. Marijuana is typically considered a social drug, so is popular at parties and casual hangouts amongst teens and younger adults.

The medical potency of marijuana has been scientifically proven. However, in excess doses and when abused over a prolonged period, the results can be harmful. Marijuana abusers are exposed to more risks than they think, including:

Most research is based on consuming high doses of marijuana over a specific period. It is possible that there are other harmful side-effects researchers haven’t discovered yet.

Talking to the marijuana user

Identifying the signs and symptoms of marijuana abuse in a friend or loved one is only the first step. To ensure they start treatment, talk to them about the dangers of abuse. Remember, you’re not confronting them, but informing them about how they can live a healthier, more-fulfilling life without marijuana. In some cases, an intervention may be necessary.

Interventions shouldn’t be confrontational or judgemental. While you show empathy, it is also important to be firm. If you are unsure of how to proceed, you can arrange for an interventionist to help you.

Treatment, withdrawal and next steps

After speaking to a marijuana abuser, treatment is the next logical step. An addiction specialist or doctor will be able to offer advice about a suitable rehabilitation facility, depending on the level of dependence. The first stage of treatment is detoxification. During detox, the patient will be made to go through withdrawal to purge all remaining traces of cannabis from their system.

Withdrawal can be unpleasant. Therefore, it’s advisable to use a proper medical facility with qualified physicians present. After detox – which may last from few days to a couple of weeks – rehab admittance is the next step.

What are the health risks of abusing marijuana?

Like tobacco, people who smoke marijuana are exposed to respiratory infections like bronchitis, pneumonia and lung disease. It is also responsible for increasing the risk of psychosis and mental impairment. Long-term users may also have a higher chance of cardiac problems.

Where can I get help for marijuana addiction treatment?

There are several rehab centres in the UK, with some of them specialising in treating teen addiction. You can call an addiction helpline for advice on treatment in your area. Talking to a professional is always a good first step.

Why is marijuana illegal if it is a natural plant?

Substances like marijuana are illegal because of their high risk of addiction. Although the plant itself exists naturally, it is the potential for abuse that is dangerous.

How do I know if my teenagers are smoking marijuana?

Spending time with other teens who smoke is also a red flag. Other signs include the smell of marijuana on their clothes, increased appetite at odd hours, giggling unnecessarily, having bloodshot eyes and slow reactions.