Tranxene is a benzodiazepine and prescription only medication. The drug can also be found under the generic name Clorazepate. Being a potent benzodiazepine with a high potential for abuse and addiction, the sale and purchase of Tranxene is tightly regulated by law. It’s classified as a Schedule IV substance in the US and a Class C drug in the UK, meaning purchasing it without a prescription is punishable by law.

Tranxene has proven to be effective in the treatment of anxiety symptoms, seizures, and for managing alcohol withdrawal. Because it is a potent habit-forming drug, Tranxene is typically prescribed for short-term use – usually for no more than two weeks. Using it for any longer puts you in great danger of developing a dependence or addiction to the drug.

Tranxene takes effect in the human body by influencing the production of GABA in the brain. An increase in GABA production leads to reduced anxiety and seizure activity within the central nervous system, as well as produces a calming and soothing effect in the body. However, Tranxene has a dark side, as it can cause side effects such as dizziness, drowsiness, physical dependence, blurred vision, confusion and upset stomach if abused. Therefore, never use Tranxene in any manner beyond that as instructed by your doctor.

What is Tranxene Abuse?

Using Tranxene at normal doses can induce pleasant feelings of euphoria and relaxation. This tends to lead people to abuse Tranxene at higher doses and in other ways to amplify the drug’s effects. This is an unhealthy practice that can lead to a range of health problems.

The frequent abuse or misuse of Tranxene for its pleasurable effects will trigger a reward response in the brain. If this occurs regularly and continuously, it can lead to the development of physical dependence and/or addiction.

Developing an addiction means that your brain comes to believe it cannot function normally without the influence of Tranxene. In the event you try to quit after developing a physical dependence or addiction, you’ll experience painful withdrawal symptoms as your body tries to cope without the drug’s presence.

The first sign that your abuse of Tranxene is leading to addiction is an increased tolerance to the drug. That is, you will need continuously higher doses of Tranxene to experience the desired effects. Due to the potency of Tranxene, it’s entirely possible to develop an addiction even if you use it according to a doctor’s prescription. However, the risk of developing an addiction is far higher if you’re abusing the drug by taking higher doses; using it more frequently than instructed; or using it in any other way besides that prescribed your doctor.

Mixing Tranxene with alcohol, opioids, or other such drugs to amplify its effects will also greatly increase your risk of developing an addiction. Furthermore, individuals with a history of drug abuse or mental illness are more likely to abuse Tranxene and develop an addiction.

What are the Dangers of Tranxene abuse?

The primary danger of abusing any benzodiazepine – including Tranxene – is the danger of addiction, which can occur within weeks. Once you’re addicted and have developed a physical dependence to the drug, you will experience withdrawal symptoms if you abruptly stop using it.

Other dangers of abusing Tranxene – especially when mixed with other substances – include the potentially dangerous interactions with other drugs. Combining Tranxene with other central nervous system depressants – such as opioids and alcohol – will not only amplify the pleasant effects of the drugs, but also their side effects.

Abusing Tranxene for months will lead to the drug accumulating within your fat tissues, causing memory problems, impaired judgment, muscle weakness, and confusion. The drug can also dull your reflexes and impair your coordination, thus making you easily prone to accidents.

The continued abuse of Tranxene will likely also lead to an overdose, eventually. This could prove fatal if not treated immediately by a medical expert.

What is Tranxene Overdose?

A Tranxene overdose will give rise to symptoms such as:

Seek emergency medical attention if you notice any of the aforementioned symptoms after using Tranxene. An overdose is more likely if you’re combining the drug with alcohol, or other central nervous system depressants or benzodiazepines.

Tranxene addiction is different from physical dependence. Addiction is a psychological disease that presents itself with mostly changes in your behaviour and state of mind. Dependence on the other hand is more of a physical condition, wherein your body finds it difficult to cope without Tranxene.

It’s possible to be physically dependent on Tranxene without being addicted and vice versa. Tranxene addiction is characterised by compulsive use of the drug, even though you’re aware it is jeopardising your life. Dependence occurs after constantly and repeatedly exposing your body and brain to Tranxene, thus causing your system to adapt to its influence.

Fortunately, there are specialised treatments available that are capable of helping you beat both dependence and addiction, safely. Regardless the severity of your addiction or dependence,  help is available.

What is Tranxene Withdrawal?

Tranxene withdrawal can be described as a host of difficult symptoms you’re likely to experience once you quit using a substance on which you’re physically dependent. If you’ve been prescribed Tranxene and have developed dependence, the two primary symptoms of withdrawal that will likely be experienced are rebound anxiety and insomnia. This means that the conditions originally being treated by Tranxene (insomnia and anxiety) will make a comeback.

For those abusing Tranxene recreationally, withdrawal symptoms typically include:

Withdrawal symptoms can last for weeks or months, depending on the severity of addiction. The intensity of symptoms will also be dependent on your physiology, how long you were abusing the drug, as well as if you were combining Tranxene with other substances of abuse. Generally, Tranxene withdrawal is believed to be less difficult than that of benzodiazepines like Xanax.

Symptoms of Tranxene Dependence and Addiction

The sooner you get treatment for Tranxene dependence or addiction, the better. However, for this to happen, you need to be able to identify the symptoms of addiction and dependence, so that you can get help fast. Below are signs that you need help with Tranxene use:

The Brain and Tranxene

Tranxene has strong effects on the brain, including:

Tranxene and the Body

Your body system can be negatively impacted by prolonged Tranxene abuse. For instance, the following complications (due to using the drug in large doses over an extended period of time) can occur:

What Treatments are Available for Tranxene Abuse?

Treating substance abuse and addiction is a multi-faceted process, due to the physical and mental health complications that usually arise from Tranxene abuse – especially if the drug was abused alongside other substances (polydrug abuse) or if there’s a co-occurring disorder. 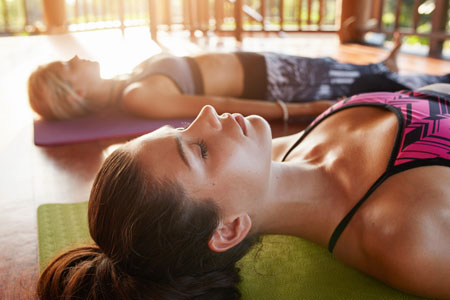 To ensure proper treatment is provided to address all facets of Tranxene abuse and addiction, it is essential that a complete diagnosis and a comprehensive evaluation of the patient are performed beforehand. With proper evaluation, a fitting treatment strategy can be devised to adequately care for every aspect of Tranxene addiction. Said treatment will also cover the management of withdrawal symptoms during detox.

A full assessment of the Tranxene addict’s condition will be the first step in providing necessary treatment.

The results of the assessment will determine the presence of co-occurring disorders (if any) and guide the overall treatment plan, which will be tailored to the patient’s specific needs.

Assessment will be followed by a detoxification programme, via which your body will be aided in ridding itself of all Tranxene related toxins. A medically assisted detoxification programme can be applied to minimise withdrawal symptoms during the process and make your recovery less uncomfortable. During a medically assisted detox, you will be provided medication as necessary to alleviate Tranxene withdrawal symptoms.

Once detox has been successfully completed, it should be immediately followed by a rehabilitation programme to address the psychological aspects of your addiction. This can occur in either an inpatient rehab facility or an outpatient programme. Rehabilitation will utilise therapies such as counselling and behavioural therapy to help you recover and equip you with coping skills to prevent further abuse of Tranxene.

How do you know if you’re suffering from Tranxene Withdrawal?

How Long Does Tranxene Withdrawal Last?

Tranxene withdrawal is only dangerous if not properly managed and supervised by a medical professional. Medication and a tapering schedule can be provided to minimise

the effects of withdrawal, as well as any discomfort that might manifest during this process.

How Can I Spot Tranxene Addiction?

If you’re using Tranxene and experience any of the following symptoms, you’ve likely developed an addiction and are abusing the drug: