Earlier this year, the NHS released data revealing that one in eleven UK patients were prescribed medication that was either addictive or difficult to stop taking. Benzodiazepines are a class of sedative drug administered for the short-term relief of seizures, anxiety, insomnia, panic disorder, alcohol withdrawal and muscle spasms amongst others. The United States has recorded over six thousand deaths related to Benzos since 2010.

There is a high risk of addiction when you abuse benzos, as many people have reportedly developed physical dependence within a few weeks. You’re at a greater risk of medical complications if you have a history of addiction, mental health issues or risk factors that predispose you to addiction. Some of the side effects of benzo abuse are life-threatening, which is why you should seek help as soon as possible.

The outward signs a person might exhibit if they are on benzos include:

The Dangers of Benzodiazepines Abuse

Benzodiazepines work by increasing the efficiency of the GABA “feel-good” neurotransmitters in the brain. GABA also reduces excitability in the central nervous system to calm the brain and relax your muscles. There are thousands of UK residents taking this prescription without understanding the consequences of taking benzos for a long time or abusing them in any way.

Perhaps the biggest risk of taking benzos is an overdose. As with most addictions, you might overdose if you take a high dosage or combine benzodiazepines with alcohol or anything else that has sedative properties. In such cases, the body forgets how to perform basic functions such as breathing. Your heart rate slows down, the brain doesn’t get enough oxygen and the system slowly shuts down.

It is easy to become addicted to benzos. Addiction could happen within a month for some individuals. If you take a high dose or increase the frequency of use, it accelerates the timeline of dependence. Your brain associates benzodiazepines with feelings of pleasure and euphoria, craving the next dose and urging you to increase it for a more intense feeling. Over time, these drugs will become insufficient, and you’ll seek out other narcotics or alcohol to mix them with.

Withdrawal symptoms are painful, especially the risk of seizures that could leave your brain damaged if you try to get off the drug too quickly. Withdrawal symptoms sometimes take up to a month before you start feeling better. At their peak, you might suffer hallucinations, psychotic episodes, convulsions, chronic insomnia and panic attacks.

Where prescription pills are concerned, it’s difficult to tell when an individual is taking the medication according to doctor’s orders or is, in fact, abusing the drug. However, there are some behavioural and psychological signs of addiction that are easy to spot if you know what you’re looking for.

A person who is struggling with addiction loses interest in activities they previously enjoyed. Their work performance suffers, they withdraw from friends in favour of spending more time indoors and become preoccupied with drugs as their primary interest. An addict will ‘shop’ for prescriptions from several doctors because they need a steady supply of drugs. They lie about their symptoms or fake them to prove that they aren’t getting better.

Benzodiazepines Addiction and the Brain

As benzos infiltrate your system, you feel a surge of dopamine that creates a euphoric feeling. The temporary high and relaxation are what immediately makes them dangerous. They reduce the efficacy of the inhibitory interneurons that control the production of dopamine to an acceptable level. When these neurons aren’t functioning, the cells in your body release a greater surge of dopamine when you take large quantities of benzodiazepines, to produce an extreme feeling of pleasure that precipitates dependence.

Continued use of benzos leads to dependence and withdrawal when you stop taking the drug. There is an echo effect, as benzos which previously slowed down brain activity are absent, leading to high-risk situations such as seizures. Adverse effects on the brain include the increased risk of Alzheimer’s disease and dementia, cognitive impairment such as brain fogs and brain zaps.

Learn the Immediate Side Effects of Benzodiazepines Abuse

Relationship damage: When you abuse benzos, it soon becomes the main priority in your life, to the detriment of your personal relationship with your loved ones. Sometimes, you might exhibit strange behaviours such as becoming violent when you don’t have access to drugs, screaming or going through extreme mood swings.

Brain damage: Benzodiazepines were not made to be taken for a long time. Research shows that long-term use has a negative impact on your memory, learning abilities, processing speed and sensory perceptions. Individuals who take benzos for up to six months could develop dementia in the upcoming years.

Tolerance and dependence: Tolerance happens when you abuse a benzodiazepines. After a while, the normal dose isn’t enough, and you’ll require larger amounts to feel the original effect. If you suddenly quit, you might experience anxiety, seizures and tremors.

Overdose: All it takes is one large dose of Benzodiazepines for an overdose to occur. Although it is unusual for benzos alone to result in such a situation, it is often that users combine them with alcohol, depressants or opioids. This is extremely dangerous.

People assume that they’re a safe drug. Most individuals who are addicted are in denial because they believe they need the prescription to alleviate symptoms. If you’re worried that your loved one is abusing a benzodiazepines, an intervention might help them make the choice of seeking professional help for their addiction.

To increase the chances of success, seek help from a professional interventionist. In the right 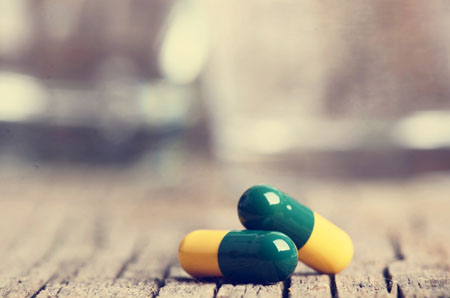 setting, an intervention has a 93% success rate of encouraging individuals with benzodiazepines use disorder to seek treatment. A few tips to follow include:

Detox and Withdrawal from Benzodiazepines

At the stage of dependence, you will experience withdrawal symptoms when you attempt to quit after having abused benzodiazepines. It is crucial to your wellbeing that you detox at a medical facility where experienced medical doctors, nurses and support workers keep you safe and monitor you to ensure you’re comfortable.

Symptoms manifest within the first three days after you quit using. Some individuals might experience the symptoms within 4-6 hours after their last dose. After 4-7 days, the symptoms reduce but cravings might persist. Most physical symptoms fade away by the second week, but you might suffer from insomnia, anxiety and irritability for up to a month or more.

Your doctor might prescribe withdrawal medications such as Ondansetron to treat nausea, SSRI antidepressants for anxiety, beta-blockers for tremors, clonidine to normalise blood pressure and anticonvulsants for those at high risk of seizures.

Treatment and Next Steps

Treatment begins with a comprehensive assessment to check for co-occurring disorders and any medical condition that should be addressed. The tapering method is used during detox to keep you safe.

An inpatient treatment centre provides a serene, therapeutic environment where your entire focus is on recovering from addiction. You’re surrounded by peers who have the same recovery goals and provide moral support and motivation when you need it.

Therapy sessions are at the core. There is an underlying reason why you abused benzodiazepines and your therapist will help you identify all the triggers and teach you practical coping skills for dealing with them without relapsing.

Get started by calling an addiction treatment helpline and a drug counsellor will help you find the right rehab centre that caters to your unique treatment needs.

Can I overdose on benzodiazepines?

Yes. You can overdose on benzodiazepines if you take a higher dose than you were prescribed, take it more frequently than prescribed, combine it with narcotics or substances that contain depressants (alcohol or opioids), or crush the pill to snort, smoke or inject.

Can I get “high” on benzodiazepines?

Benzodiazepines can have a euphoric effect alongside feelings of laziness, drowsiness, relaxation and calmness. In the early days, you can feel the high with a small dose. Drugs like Xanax can get you high with as little as 2 mg. The high usually kicks in within a few minutes to an hour and wears off after a few hours but could last up to six hours for some individuals.

What are the signs and symptoms of benzodiazepines abuse?

Behavioural signs of abuse include continued use despite the negative effect on your health, lying about where you’ve been, isolating yourself from loved ones, erratic mood swings and preoccupation with getting and using your medication. Physical warning signs include loss of appetite, headaches, concentration difficulty, pinpoint pupils and shallow breathing.

Can benzodiazepines addiction be treated?

Benzodiazepines addiction can be treated, no matter how long you’ve been abusing drugs. There are reputable rehabs in the UK that have helped thousands of people overcome their addiction. Treatment begins with detox to remove the drugs from your system, withdrawal medication to reduce pain from specific symptoms, behavioural therapies such as Contingency management to address the underlying reasons why you abused benzodiazepines and an aftercare plan to help you stay abstinent after treatment.

Will insurance cover the cost of treatment?

Benzodiazepines addiction is a recognised disorder under the DSM-V. So, your insurer will cover either the full or partial cost of treatment depending on your policy. Contact your insurer to determine what is covered by your insurance plan.

There are many brands, each with different colours, shapes and pill strengths. They range in design but take the form of capsules and tablets.