Halcion is a benzodiazepine that can also be found under the more generic name Triazolam. The drug has a short half-life (referring to how long it remains active in the body) as well as a very quick onset of action, meaning it takes effect faster than most other benzodiazepines. The drug is typically prescribed for the treatment of insomnia and works by slowing your brain activity, thus making falling asleep and enjoying deeper sleep much easier. The drug has also been used to manage anxiety prior to minor medical procedures.

Because of its potency, and its highly habit-forming nature, Halcion is prescribed only for short-term use, usually no longer than a week. Using the drug for any longer carries of the risk of your body building up a tolerance to the drug’s effects, causing you to require a higher dose to attain the desired effect you experienced more easily before. The continued use of Halcion can easily lead to physical dependence and a possible addiction.

Classified as a Class C drug in the UK, and as a Schedule IV controlled substance in the United States, Halcion can only be legally procured through a prescription from a doctor

Halcion is a quick-acting benzodiazepine that’s typically prescribed for the treatment of severe insomnia. Because of the potency of the drug, it is very easy to develop an addiction to it, and it is commonly abused for recreational purposes. A lot of the individuals who abuse Halcion aren’t even aware that they can become addicted to it.

With prolonged abuse comes the higher risk of addiction. There are a variety of ways you can identify if a friend or a loved one is abusing Halcion:

Symptoms of Halcion abuse will generally vary from person to person. However, if two or more of the aforementioned symptoms are present, it is likely that a substance use disorder is ongoing.

Forming an addiction to Halcion is easier than you think, and it can occur in as little as two weeks of continued use. Even if using Halcion per your doctor’s instructions, it is possible to develop an addiction and/or physical dependence.

Experiencing withdrawal symptoms when you attempt to stop using Halcion is a clear indicator that you have developed an addiction to the drug. Being addicted to Halcion will leave you feeling helpless, and convinced that you cannot function normally without its influence.

Signs of a Halcion addiction that indicate the need of professional help include:

Addiction to Halcion can happen quicker or worsen, if the drug is used in combination with alcohol or other substances.

The Effects of Halcion

Halcion, at a normal dose, causes a gentle, calming effect on the body by slowing down brain activity to the point where it seems you have no worries or stress. This enhances your mood and puts you at ease.

The general effects of Halcion on the system include mild euphoria and relaxation. But when abused, effects can escalate to:

When used at a higher dose, Halcion will produce a euphoric high. However, unlike other benzodiazepines, that also have a depressive effect on the central nervous system, Halcion’s effect on the brain is powerful enough to cause extreme sedation and drowsiness. The combination of which greatly increases the risk of suffering an overdose which may lead to coma and even life-threatening situations.

People who abuse Halcion are at a greater risk of experiencing more severe and diverse side effects. Said side effects will be far more intense than those experienced by an individual who used Halcion according to doctor’s instructions.

What Is Halcion Withdrawal?

Addiction to Halcion will lead to the manifestation of withdrawal symptoms if you stop taking the drug or try to reduce your regular dose. Halcion withdrawal can lead to nausea, vomiting, and a host of other symptoms.

Halcion withdrawal occurs because your brain has adapted itself to working under the constant influence of Halcion while you were regularly taking it. In such a scenario, once you stop using Halcion, your brain will become unbalanced. Without the drug, your brain will attempt to readjust its production of natural chemicals in your brain, the ones that regulate your mood and nausea.

Tolerance to Halcion can take as little as two weeks, or even less, to develop. Once this occurs, your brain will rely on Halcion to keep it feeling normal. Tolerance to Halcion also means you will have to start increasing your dose of the drug in order to feel the desired euphoric effects. This is because your body has grown accustomed to the influence of the drug, and the initially-used doses will no longer have the potency you need.

In the event you suddenly quit Halcion after an extended period of use, you may experience rebound effects. That is, symptoms which you were originally taking Halcion to treat may suddenly re-emerge in more severe forms. For instance, rebound insomnia may occur as a result of stopping use of the drug.

The Symptoms of Withdrawal from Halcion

Halcion slows down brain function. If you suddenly stop using the drug after you have developed a physical dependence on it, your brain will become hyperactive as it tries to compensate, leading to mental and physical withdrawal symptoms.

Some of the more prominent withdrawal symptoms that may occur when you suddenly quit Halcion, after an extended period of abuse, include:

Treating substance abuse and addiction is typically a serious and multi-faceted undertaking. This is due to the health complications that usually arise from Halcion abuse, especially if the drug has been abused alongside other substances (known as polydrug abuse). Co-occurring psychological disorders, and other factors can also make the addiction recovery process a complicated one.

To ensure that proper addiction treatment is provided to address all facets of the addiction, it is essential that a complete diagnosis and comprehensive evaluation of the patient is performed before treatment begins. With proper evaluation, a fitting treatment strategy can be formulated to care for every aspect of their Halcion addiction adequately. Treatment will also cover the management of withdrawal symptoms during detox.

A full assessment of the Halcion addict’s condition will be the first step in providing necessary treatment. The results of the assessment will look for the presence of any co-occurring disorders (if there are any) and guide the overall treatment plan, which will be tailored to the patient’s specific needs.

After the assessment is complete, a supervised medical detox is the best option. During this process, you will manage and minimise the potentially dangerous withdrawal symptoms that typically occur during Halcion withdrawal. Your vitals and overall health will be monitored by medical professionals around the clock. This way, if any health complications arise, prompt medical treatment can be provided. A variety of medication may also be administered in response to severe withdrawal symptoms. 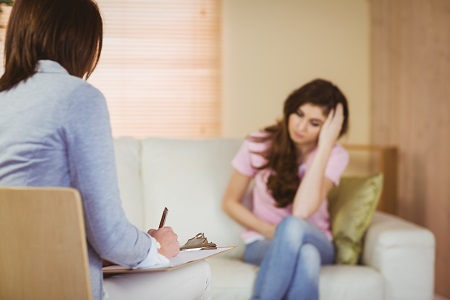 After detox, rehabilitation should immediately follow. This will take care of the psychological aspects of your addiction through a variety of therapy styles, such as behavioural therapies and counselling. A commonly used form of behavioural therapy in this situation is Cognitive Behavioural Therapy (CBT) which will address your beliefs and thoughts, and teach you to identify and comprehend the irrational thought patterns and beliefs that influence your drug use behaviour. If successful, this type of therapy will help you to readjust your thinking and behaviour patterns to healthier ones, with which you do not have to rely on Halcion or other drugs.

After rehab is complete, you can choose to receive aftercare treatment through support groups such as Narcotics Anonymous. Such ongoing treatment can significantly minimise your likelihood of suffering a relapse. Support from your loved ones is also essential and can be achieved through family therapy. You can also pursue options such as community support groups, mentoring for addicts, sober living homes, and so on.

How long does it take to become addicted to Halcion?

Addiction to Halcion can develop in as little as two weeks, even when used according to prescription.

The ‘high’ from abusing Halcion is quite similar to that experienced during alcohol intoxication – it will include feelings of sedation, relaxation, mild euphoria, and decreased flow of distracting thoughts.

Yes. The drug is even considered one of the most addictive types of benzodiazepine.

How is Halcion legally classified?

Halcion is a Schedule IV drug under the US Controlled Substances Act and the Convention on Psychotropic Substances. In the UK, it is classified as a Class C drug.

What are the dangers of mixing Halcion with other substances?

Mixing Halcion with other substances such as alcohol, opioids, or other stimulants and depressants, could lead to a fatal overdose. Mixing also leads to increased tolerance and can increase the potency of Halcion, even rendering it toxic.