Clonazepam is a prescription-only medication that falls under the category of benzodiazepines. Clonazepam is available for sale under the brand name Klonopin, and is typically prescribed for the treatment of a variety of anxiety disorders including:

The drug can also be used to treat seizure disorders, insomnia, and manage acute alcohol withdrawal symptoms. Another medical application of clonazepam is to serve as an induction agent before the administration of anaesthesia for a surgical procedure.

Clonazepam influences the human body by regulating overstimulation, or overexcitement, of activity in the central nervous system and brain. Through this, the drug is capable of inducing a range of sedating and relaxing effects. Non-medical users of clonazepam abuse the drug recreationally to enjoy these effects.

This medication can be abused orally: by swallowing it or as a quick-dissolve tablet placed on the tongue. Being a fast-acting benzodiazepine and a habit-forming drug, clonazepam is only legally accessible through a doctor’s prescription. The drug isn’t recommended for long-term use because of how easy it is to develop a physical dependence and addiction to the drug. That is if you use clonazepam for longer, or in any other way beyond what is prescribed by your doctor, you can easily develop an addiction to it.

Benzodiazepines, such as clonazepam, are drugs that can slow down the mental and physical processes, due to their depressant effects on the body. Benzodiazepines can be legally used for a wide variety of purposes in clinical medicine. Some of the commonly-known therapeutic benefits of benzodiazepines include sedative, anti-anxiety, anti-convulsant, muscle relaxant, and hypnotic effects. These benefits can only be safely enjoyed if benzodiazepines are used strictly according to prescription.

The Dangers of Clonazepam Abuse

As with most other benzodiazepines, the misuse of clonazepam poses a variety of physical and mental health risks. The biggest of these is that you can easily form a physical dependence on clonazepam within a short amount of time. This can happen even if you are using the drug according to prescription. Many people have become addicted to clonazepam even when using it as prescribed by their doctor.

Addiction to clonazepam can occur within as little as a few weeks of continuous use. Once you develop a dependence, your brain will no longer be capable of naturally producing feelings of calmness or relaxation. Such a condition can continue for a long time, even after you quit the use of clonazepam.

The inability to relax or feel good without clonazepam is why many of those addicted to it find it so difficult to quit.

If you have been using or abusing clonazepam for a while and are unsure if you are addicted to the drug, below are some symptoms of addiction that will help you identify your state of health:

Clonazepam addiction begins to occur as your body develops a tolerance to the effects of the drug. As tolerance increases, you will need higher and higher doses of clonazepam before you can experience the desired effects of using the drug. This will cause you to abuse clonazepam more frequently. People who abuse the drug recreationally tend to mix it with other substances, in order to increase its potency. This is very dangerous.

A common, and probably most evident, sign of clonazepam addiction is the emergence of withdrawal symptoms when you attempt to stop using the drug. If addiction or physical dependence has occurred and you fail to consistently ingest a fresh dose of clonazepam, your body will react negatively by manifesting a series of withdrawal symptoms that can range from uncomfortable to painful in severity.

Certain symptoms of clonazepam withdrawal present as a rebound effect. This means that symptoms originally being managed with the drug may make a comeback, and with increased intensity, once you stop using clonazepam.

Continuous abuse of clonazepam will lead to the drug influencing the chemical structure of your brain. This will be caused by your brain adapting to the extended presence of this substance and causing your body to believe that it cannot function normally without its presence. When this occurs, physical dependence and addiction to the drug is well underway.

When clonazepam is used at doses that are higher than what is prescribed by your doctor, the drug will severely depress activity in your central nervous system. This will lead to experiencing a euphoric “high”, and a state of relaxation. Some abusers crush up their clonazepam tablets and snort the powder to intensify the drug’s desirable effects. If clonazepam is used in a large enough dose, it can lead to hallucinatory effects.

Aside from the aforementioned psychological symptoms, there can also be a manifestation of the following observable signs of clonazepam abuse:

The Effects of Clonazepam Abuse

Clonazepam is undoubtedly effective in treating epilepsy, and other severe medical problems, but the drug’s potential for abuse is also undoubtedly high. If you are uncertain what abuse is, it is any use of clonazepam without a prescription or the use of clonazepam in a manner that differs from your doctor’s instructions.

While abusing clonazepam at high doses might seem enjoyable, it is also a very risky habit. Aside from addiction, a potentially fatal consequence of abusing the drug, at high doses, is the high likelihood of overdosing. This can lead to a dangerous slowing of central nervous system activities, such as heart rate and breathing, resulting in coma or even death.

The Risk of Clonazepam Overdose

Signs that you have overdosed on clonazepam include:

If experiencing any of the above after using clonazepam, promptly seek medical attention to avoid severe health complications.

Overdose can be fatal.

If you have developed an addiction, or physical dependence, to clonazepam, it is not advisable that you attempt to quit use of the drug on your own. This is because addiction to most benzodiazepines, including clonazepam, can be quite difficult to overcome due to the discomfort and health risks posed by withdrawal symptoms; many prefer to self-medicate by taking another dose of their drug instead of managing the withdrawal symptoms. This is why it is best to seek clonazepam abuse and addiction treatment at a professional addiction treatment facility. 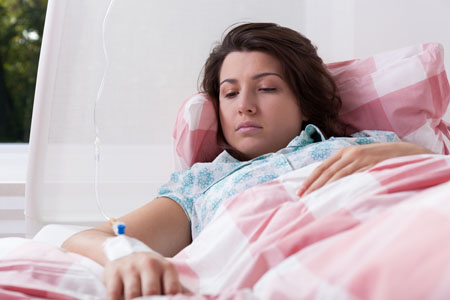 As part of the treatment, the level of your addiction will be evaluated by a team of experts. During the evaluation, it is important you provide accurate information concerning the dose, frequency, and duration of your clonazepam use, to ensure you receive the appropriate level of care. This step is known as an initial assessment.

Once detox has successfully been completed, it should be immediately followed by a rehabilitation programme to care for the psychological aspects of your addiction. This can occur in either an inpatient rehab facility or through an outpatient programme. Rehabilitation will make use of different types of therapy, such as holistic and behavioural therapies, to help you recover and provide you with the coping skills to prevent further abuse of clonazepam.

Depending on the severity of your addiction, and your physical and mental needs, the clonazepam detox and rehabilitation programme may last for between 28 to 90 days.

The Statistics on Clonazepam Abuse

How long does it take to become addicted to clonazepam?

Addiction to clonazepam can develop within as little as two weeks, even when used according to prescription.

The ‘high’ from abusing clonazepam is quite similar to what is experienced during alcohol intoxication. It includes feelings of sedation, relaxation, mild euphoria, and decreased flow of thoughts.

Why do people become addicted to clonazepam?

People become addicted to clonazepam because of its primary benzodiazepine component, and how it brings about changes in the chemical structure of the brain after frequent use or abuse.

How is clonazepam legally classified?

Clonazepam is a Schedule IV drug under the US Controlled Substances Act and the Convention on Psychotropic Substances. In the UK, it is classified as a Class C drug.

Does clonazepam show up in urine tests?

Clonazepam withdrawal can be especially dangerous if not properly monitored and managed by a medical professional. This is why it is recommended that addiction treatment is sought through an inpatient or outpatient treatment facility, to aid and ease the detox process.

What are the dangers of mixing clonazepam with other substances?

Mixing clonazepam with substances such as alcohol, opioids, or other stimulants and depressants, could lead to a fatal overdose. Mixing also leads to increased tolerance and can increase the potency of clonazepam, thus rendering it toxic.

What treatments are available for clonazepam addiction?

The best way to care for the condition is through a medically assisted detox for the physical aspects of the addiction, and rehabilitation to treat the psychological side of things. Treatment can be provided on an outpatient basis for less severe addictions, or through an inpatient facility for cases of severe addiction and the related withdrawal symptoms.