Cocaine withdrawal can be very unpleasant, but in a supervised facility the symptoms you experience can be effectively managed, often with the use of medication. If you are going through cocaine withdrawal, you may be prescribed a medication called Vigabatrin.

Vigabatrin is an anticonvulsant drug that is typically used in the treatment of epilepsy and other seizure disorders. However, because of the risk of serious side effects, vigabatrin is only used in those whose seizures are unresponsive to other medication.

Used off-label, vigabatrin may reduce cocaine cravings, which can help addicts with maintaining their sobriety. Vigabatrin is in no way a cure for cocaine addiction and there is insufficient evidence for it to be recommended for use in this way. However, for some individuals, when it is combined with a detox and rehabilitation programme, vigabatrin may help.

Although further studies are required, reports of a study on Mexican parolees by the American Journal of Psychiatry found that in a double-blind experiment, 28 percent of those who were treated with vigabatrin did not use cocaine during the final three weeks of the study, compared with just 7.5 percent of those who had been given a placebo.

Vigabatrin was developed as an epilepsy drug in the 1980s. The initial aim was to create a compound that could increase the level of GABA concentration in the brain. In 1989, vigabatrin was approved for use in the UK but two delays in the US meant that it was not approved by the FDA until 2009. Vigabatrin is owned by Lundbeck Inc.

Vigabatrin is not considered to be a habit-forming drug and the potential for abuse is very low. However, you should not stop taking the medication without speaking to your doctor. If you are taking this medication for epilepsy, suddenly stopping could cause the seizures to return more frequently.

What Substance Abuse/Addictions Is Vigabatrin Used to Treat?

When used to treat cocaine addiction, it is believed that vigabatrin works by boosting the GABA levels in the brain. This can make cocaine addicts feel much more relaxed during withdrawal and can help ease anxiety symptoms. Since vigabatrin may also help to reduce cravings for cocaine, it is often used as a maintenance drug to help prevent a relapse.

Although the exact mechanism of action is not known, it is believed that because it is an irreversible inhibitor of GABA transaminase, it leads to an increase of GABA in the central nervous system. This, in turn, helps to reduce excessive electrical activity in the brain and therefore reduces the risk of seizures.

How Long Does It Take Vigabatrin to Work?

The effects of vigabatrin may take a few days to kick in. For the treatment of seizures, it may take several weeks before the full effects of the drug are noticed. It could be necessary for dosage to be increased gradually until it has the desired effects.

Does Vigabatrin Have Any Interactions?

Vigabatrin is known to interact with 615 drugs. There are 37 drugs that will have a major interaction with vigabatrin and 572 that may result in a moderate interaction. A further six cause a minor interaction.

Mixing alcohol with vigabatrin can result in the central nervous system side effects becoming more pronounced. These include drowsiness, dizziness and trouble concentrating. You may also notice that your judgement or thinking is impaired while drinking alcohol with vigabatrin; as a result, it is recommended that alcohol is avoided or at the very least limited while taking this medication.

Vigabatrin has been known to cause permanent vision loss which can happen at any time while taking this medication. The risk of vision loss increases with higher doses of the drug and with long-term use. There is no dose or length of exposure that does not carry a risk of vision loss. Consequently, vigabatrin should not be used in patients who have glaucoma or retinopathy.

Due to the risk of vision loss, it is important to inform your doctor immediately if you notice any changes in your vision while taking vigabatrin. You should also receive regular eye tests while taking this medication.

There is also a risk that you might have suicidal thoughts while taking vigabatrin. It is important to be alert to changes in your mood and report these to your doctor as soon as you become aware of them. You should also make sure that your family members are conscious of this risk and that they too are attentive to changes in your behaviour or mood.

As we alluded to a few paragraphs above, Vigabatrin should only be taken by those who have been unresponsive to other seizure medications.

To ensure that vigabatrin is safe to take, you should inform your doctor if you have, or have ever had, the following:

You must inform your doctor of any medications that you are currently taking before you begin a course of vigabatrin. This includes prescription drugs, vitamin pills, herbal products, over-the-counter medication, and birth control pills.

If you are pregnant or planning to become pregnant, you let your doctor know. Seizure control is extremely important during pregnancy for both your health and that of the unborn baby. You should not stop taking vigabatrin suddenly if you discover you are pregnant. Speak to your doctor for advice.

As vigabatrin can pass into breast milk, it is recommended that you do not breastfeed while taking this medication.

What Are the Side Effects of Vigabatrin?

There are several commonly reported side effects associated with vigabatrin use, including:

These symptoms should be reported to your doctor if they persist or become severe. There may be other side effects that result from vigabatrin use. If you are worried about any symptoms at all, please contact your doctor for advice. You should seek urgent medical attention should you notice any signs of an allergic reaction, such as: 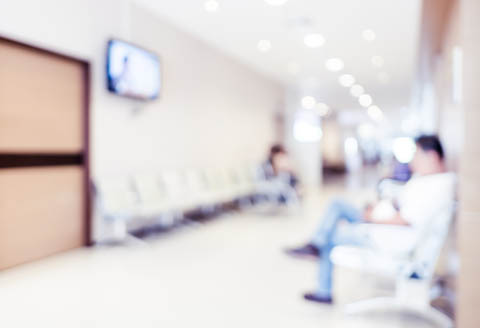 Can You Just Stop Taking Vigabatrin?

You should not stop taking vigabatrin suddenly as it could cause a return of your symptoms. If you want to stop taking this medication, it is likely that you will need to reduce your dose gradually over several weeks. Best done by a doctor’s schedule and under their surveillance.