It is an anticonvulsant drug commonly used in the treatment of seizures in adults and children. It is also approved for use in conjunction with phentermine for weight loss purposes.

Approved uses of the drug include the treatment of epilepsy, Lennox-Gastaut syndrome, and migraine prevention.

Off-label use for the treatment of alcoholism and cocaine addiction are subject to ongoing investigation for efficacy. Early research has shown that topiramate could help to reduce alcohol use when used in conjunction with counselling and therapy. There is also some evidence to suggest that topiramate could be used to reduce cocaine use. However, further research and studies are required and are, as just mentioned, ongoing. 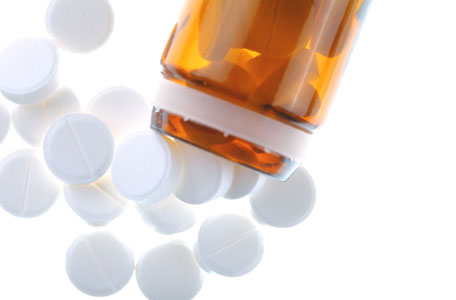 While searching for a new antidiabetic drug, Dr Bruce Maryanoff was the individual who discovered topiramate. He found that the compound he had synthesised had very powerful anticonvulsant properties. Dr Maryanoff and his employer Otho-McNeil began testing the drug and invested a substantial amount in clinical trials to show that it was safe for use in the treatment of seizure disorders.

In 1996, topiramate became commercially available and generic versions were approved by the FDA in 2006. The drug is also approved for use in the prevention of migraine headaches.

Topiramate is not considered to be addictive or habit-forming. However, it is recommended that the drug is tapered off rather than abruptly stopped as withdrawal symptoms can occur. Rapid discontinuation of topiramate can result in a return of the symptoms it was taken to treat.

The exact mechanism of action of topiramate is not known. However, it is believed that it works by stabilising the nerve activity in the brain, thus reducing seizures.

The neurotransmitter GABA is a natural nerve calming agent; it is believed that topiramate activates this while at the same time reducing the action of glutamate, which is usually responsible for nerve excitement.

The way in which topiramate works to prevent migraines or reduce alcohol and cocaine cravings is not fully understood.

How Long Does It Take for Topiramate to Work?

Does Topiramate Have Any Interactions?

The side effects of topiramate may be more pronounced if used with alcohol. You may experience confusion, memory problems, slurred speech, or excessive sleep in this situation.

There are also a number of health problems that can interact with topiramate, including:

If you are suffering from metabolic acidosis and are also taking metformin, you should not take extended-release topiramate.

Alcohol should not be consumed within six hours of taking Trokendi XR.

Ultimately, your doctor will need to establish if it is safe for you to take topiramate. To do this, he or she will need to know if you have, or have ever had:

Anticonvulsant medication can cause suicidal tendencies in some people. If you experience such thoughts while taking topiramate, it is important that you inform your doctor as soon as you become aware of them. It is important that your family members are also aware that you could be having these thoughts and that they are alert to any changes in your behaviour or mood.

You need to inform your doctor of any medication that you are taking as well, including birth control pills, over-the-counter medication, prescription drugs, vitamin supplements, and herbal products. You should be aware that topiramate could reduce the effectiveness of birth control pills. It is therefore recommended that you take added precautions for birth control when using topiramate.

It is unknown if topiramate can harm a breastfeeding baby, but it is known that it can pass into breast milk. It is therefore recommended that you avoid breastfeeding while taking the medication.

As topiramate can increase acid levels in your blood, it is important to be checked to ensure that you do not have metabolic acidosis. This could result in kidney stones, weak bones and can lead to growth problems for children and unborn babies.

What Are the Side Effects of Topiramate?

There are a number of common side effects reported with topiramate use, including:

If your symptoms do not ease or if they become severe, it is recommended that you seek medical advice. You should seek urgent medical attention if you experience symptoms of an allergic reaction, including:

Can You Just Stop Taking Topiramate?

It is not recommended that you stop your medication suddenly and without advice from a doctor. If you do wish to stop your medication, speak to a medical professional first. Your doctor is likely to recommend that you reduce your dose gradually over the course of a few weeks to reduce any risk of potential withdrawal symptoms.