A drug user is a person who consumes an illegal substance. Psychoactive substances, such as most illegal drugs, are chemical substances that can alter the function of the brain, leading to changes in behaviour, the perception of reality, and mood. You may be classified as a drug user if you abuse illegal psychoactive substances. The term “~head” is often used as a suffix to describe a drug user, depending on the substance of abuse, such as crackhead, dopehead, etc.

History of Drug Use

Drug use has been in existence for thousands of years. In archaeological sites in Europe evidence has been found of the human use of substances like opium as far back as the Neolithic and Bronze ages. An opium pipe found on the island of Cyprus is believed to have been used as far back as 1,200 years ago.

Sociological Outlook of Drug Use

While many people believe substance abuse is a result of social and economic inequality, there are others who believe people in minority groups receive more severe penalties for possessing illegal drugs than their majority-group counterparts.

This would be evident if a majority-group of wealthier citizens is given a lower penalty for cocaine-related crime than a person from a minority or poorer social class. Many people believe this is indeed the case and that these inequalities need to be addressed as soon as possible.

Health Issues Caused by Drug Use

Frequent drug use, or abuse, can lead to a whole host of health problems. Since these substances are chemicals, with each having a different chemical structure, they have different effects on the functions of the brain, as well as on the body. Substance abuse can cause symptoms such as abdominal pain, heart attacks, loss of consciousness, seizure, and possibly even death. As a drug user, you may undergo behavioural changes, such as aggression, hallucination, paranoia, and lack of self-control, which could lead you to do things you wouldn’t normally do.

There is also the factor of the cost these health issues bring to the health sector, including community health care and the work sector.

Who Is Considered a Drug Addict?

Some researchers and clinicians believe you are a drug addict if you can only stay sober temporarily. Thomas McLellan and Charles P. O’Brien are addiction researchers who believe that for most drug users, becoming sober is almost an unrealistic notion, and the majority will eventually relapse. They hold the notion that if the treatment of addictive disorders, such as substance abuse, is to be successful, there should be long-term treatments such as those provided for other conditions like asthma, diabetes, and arthritis.

However, there are others who believe that drug addiction is a personal choice. They hold the belief that your environment, as well as your personal life experiences, can affect the decisions you make. The researchers who follow this theory have the notion that humans carry out actions based on the influence of the experiences they’ve had, more than from the effects of their DNA.

There is a third group who believe that the majority of drug users do not actually suffer from addiction. Their argument is that only a minority of drug users end up becoming addicted to the substance of abuse. They believe since drugs act on neurons, and considering that neurons of every human function in just about the same way, then addiction should affect every individual similarly. For example, heroin binds to specific receptor sites, and if you can get addicted from experimenting with heroin, then everyone who experiments with heroin should also suffer addiction from first-time heroin use, but this is not always the case. There are individuals who experiment with heroin and do not get addicted to the substance. This observation has led these groups of researchers to believe that the effect which a drug will have on your behaviour will depend on your environment and how you handle yourself.

Drug use has been on the rise among the youth since the 1980s as a result of their experimenting with substances such as marijuana, tobacco, and alcohol. This rise in drug use has skyrocketed since the 1990s, and this has been blamed on the failure to implement good prevention programs. A decrease in the understanding of the consequences of drug use and its risks has also been a reason for the peak. Other contributory factors are the easy access to these substances and an increase in the idea that using and being “high” is a normal social behaviour. 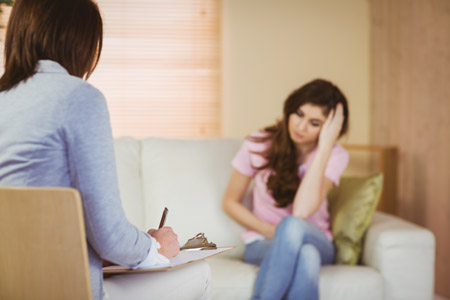 The effectiveness of a program depends on how well the intervention acknowledges the struggles an individual is going through, as well as how he or she interacts with others, inclusive of environmental changes. Prevention programs are aimed at changing the way you view drugs, which can help transform your drug use behaviour. The programmes considered to be the most effective are those which address the social influences on drug use.

This is achieved by teaching how to resist taking drugs when they are offered, and how not to bow to peer pressure by avoiding groups that engage in drug use.

Laws against Illegal Drug Use and Trading

There are laws that hand out penalties for drug use or trade. The United States Congress, for example, passed a law which gave the federal government the authority to regulate the distribution of certain substances, such as cocaine and opiates. However, there are United States policies that involve both the health and judicial systems in handling drug addiction. The judicial system sentences the drug user to a jail sentence, while the health system treats the drug user of their addiction and has them sent to a hospital.

There are individuals who are not in support of the prosecution of drug addicts, considering that substance addiction is the only psychiatric condition which involved illegal activity as its core. They believe substances like marijuana should be legalised, as this will have positive economic benefits if they are taxed and regulated efficiently. However, there are others who do not agree and claim legalising marijuana will have more negative effects than positive ones, by encouraging and causing more drug use.

The idea of self-ownership gives an individual the right to use drugs, whether for recreational or self-medication purposes. A report released in 2011 by the Global Commission on Drug Policy, was against making drug use illegal and stated “End criminalisation, marginalisation, and stigmatisation of people who use drugs but who do not harm others”. This was in response to laws which make drug use illegal. These laws make individuals who use drugs face imprisonment, and therefore lose their basic human rights such as the right to vote and have custody of their children.