Drug tolerance refers to the pharmacological concept in which a person’s reaction to a drug is reduced as a result of continuous, or repeated, use. It is the situation where the drug is not as effective as it was when first used because the body has become desensitized to its effects. A person who has developed drug tolerance may have to increase their dosage in order to get the same result they got when they first started taking.

Having increased tolerance does not necessarily mean you’re addicted, although it can be a warning sign. For instance, patients with prolonged pain often develop some level of tolerance to their particular prescription pain medication without becoming addicted to it. However, many addicts, if not all, have drug tolerance. This makes them seek out more potent drugs to satisfy their cravings, as their bodies have become chemically dependent on the drugs.

Drug tolerance may also come in a positive form, that is, tolerance to side effects. This is known as a desired tolerance.

How Does Drug Tolerance Develop?

There is a process that leads to drug tolerance. This process can be divided into two types of pattern based on how the tolerance develops.

The process starts with the absorption, distribution, metabolism, and excretion of the drug. This process is known as Pharmacokinetics. These are first absorbed into the bloodstream, transported via the bloodstream to various parts of the body, broken down in through metabolism, and finally removed from the body. These all are important factors that are vital to the pharmacological properties of a drug, its potency and effectiveness, side effects, and length of action.

Physiological tolerance happens at a cellular level. The rate of metabolism in the body is increased, that is, the rate at which the drug is broken down is increased. When a substance fails to reach its target in the intended quantity, it loses its potency, and that translates to drug tolerance. This failure to reach the target site in the desired quantity may be caused by an increase in the production of enzymes, which break down the substances faster than expected or normal. Enzyme induction is partly responsible for the phenomenon of tolerance.

For instance, when a person begins to drink regularly, the liver will increase its production of enzymes that break down alcohol, making it possible for the body to get rid of it more quickly. The higher quantity of alcohol consumed, the more the enzymes needed to break it down are produced, increasing the intoxication threshold.

In the case of regular use of drugs like opiates, the body adapts to the presence of these drugs by reducing the number of receptors. What this means is that the body stops paying attention to these drugs, hence the reduced effect on the body. The constant interaction between the drugs and the body desensitises the receptors, making the drug less effective. Another possible outcome in this constant interaction is a reduction in receptor density, leading to a change in the drug’s effectiveness level.

This form of tolerance is psychological or learned. Behavioural tolerance occurs often with the use of certain psychoactive drugs, where tolerance is to the behavioural effect of the drug. For instance, there is an increased motor activity with the repeated use of methamphetamine. This may happen through drug-independent learning, or as a form of pharmacodynamic tolerance in the brain. 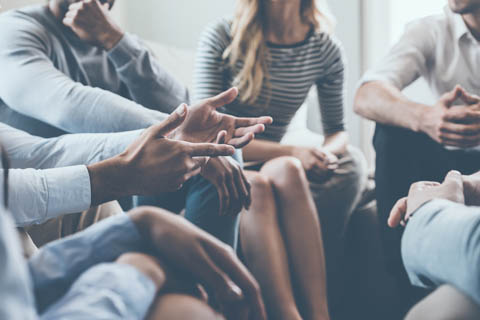 The pharmacodynamic tolerance occurs when one learns how to actively overcome drug-induced impairment through practice. Behavioural tolerance is often context-dependent, that is, tolerance depends on the environment in which the drug/substance is used, and not on the drug itself.

Psychological – For instance, consider coffee. Do you feel more caffeinated when you drink coffee in a café or at work? Very likely, there is a particular location where you feel more caffeinated when you consume a coffee from there. This is an example of behavioural tolerance. A person can become so used to a setting where they use the drug that may or may not “feel” the effects of the drug. Also, a person can make up for how the drug affects them, and behave as if they are not using the drug. If a person believes or is told, a drug is more or less potent, they will tend to act and feel accordingly.

Learned – Learned tolerance comes as a result of frequent exposure to, and use of, a certain substance. For instance, a person who has abused alcohol for an extended period of time will not appear intoxicated to others, as a new drinker would. Long-term drinkers can compensate for the effects of alcohol in their movement, coordination, and even speech when they practice a task repeatedly while under the influence. However, this supposed tolerance vanishes when the task is changed.

What Are the Types of Drug Tolerance?

There are two main types of drug tolerance which can be used to help you understand your condition better.

Also known as short-term tolerance, this occurs when tolerance develops as a result of repeated use of a drug over a relatively short period of time. A drug that commonly leads to acute tolerance is cocaine. In one study, test subjects experienced an increase in heart rate and blood pressure, as well as a euphoric high, after their first dose of cocaine. When a second dose of cocaine was administered 40 minutes later, resulting in nearly double the levels of the substance in the blood, there was no increase in the “positive” effects of the drug, nor a further increase in heart rate or blood pressure.

Also known as long-term tolerance, this is when an individual’s body adapts to constant exposure to a drug over weeks or months. This is common among people who regularly abuse prescription opioids. They develop chronic tolerance to the euphoric effects of these medications, causing them to increase the dosage taken, or switch to more potent ways of taking these drugs, such as snorting or injecting.

What Are the Dangers of Drug Tolerance?

Drug tolerance can become an issue for several reasons; the most obvious being the risk of addiction. When a person becomes tolerant of their prescribed medications, a higher dosage will often be prescribed by their doctor. A higher dosage means a higher chance of addiction. Once addicted, a person will irrationally seek out their preferred high. To satisfy this urge, many will then up their dosage further, and may eventually turn to illicit drugs such as methamphetamine or heroin.

Drug tolerance does not mean tolerance of side effects, however. For example, even though a person may have developed a tolerance for alcohol, continuous consumption will still damage the brain and liver. Increasing the quantity consumed to achieve the desired high simply means increased bodily harm.

Finally, a person who is aware of their drug tolerance may become overconfident. Drinking too much, too fast, for instance, may lead to a rushed, harder state of drunkenness than anticipated. Trying to step it up may also lead to loss of control, as mixing different types of drugs and alcohol is an often seen method used to achieve a new high, and so can end up in an unknown condition. Testing out a more potent variation of a drug can leave a person way out of their depth. All of these scenarios can result in a variety of dangerous situations, including a fatal overdose.