The Social Aspect of Psychoactive Drugs

A psychoactive drug is a chemical substance that acts primarily on the central nervous system by changing brain function. This results in temporary changes in mood, perception, behaviour, and even consciousness.

Psychoactive drugs have a variety of uses. They may be used for medical purposes, as entheogens for spiritual or ritual purposes, for recreational purposes to deliberately alter one’s consciousness, or to improve performance.

The majority of these substances, particularly depressants and stimulants, can be habit-forming, resulting in chemical dependency and leading to abuse and addiction.

On the other hand, some of these substances, like psychedelics, can, in some circumstances, be used to treat, and even cure, addictions.

Psychoactive substances usually cause alterations in mood and consciousness, which the user may find pleasant, rewarding, and advantageous. This pleasurable effect may potentially lead to addiction. Moreover, continuous use of some substances may result in a physical and psychological dependence.

Methods of Administration for Psychoactive Drugs

The efficiency of each mode of administration varies from drug to drug.

Addiction and Dependence to Psychoactive Drugs

Addiction or drug dependence are terms often associated with psychoactive drugs. Dependence can be divided into two types:

The Effects of Psychoactive Drugs 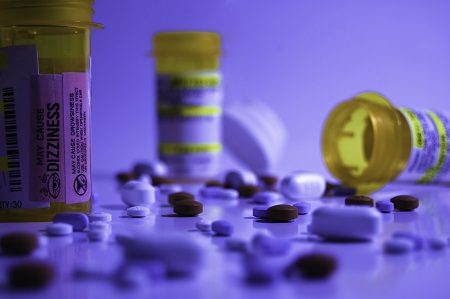 As mentioned earlier, psychoactive drugs have the ability to alter the brain and affect mood, behaviour, and consciousness. When used for medical purposes, they produce effective results. However, when used uncontrolled for recreational purposes, they could have negative, and even deadly, consequence. The harmful effect of psychoactive drug use can be divided into three categories:

Chronic health effects – For alcohol, this includes liver cirrhosis and a host of other chronic illnesses; for tobacco, taken in cigarette form, this includes lung cancer, emphysema and other chronic illnesses. Through the sharing of needles, heroin use is a common mode for the transmission of infectious agents, such as HIV, and hepatitis B and C.

Acute or short-term biological health – For alcohol, and drugs such as opioids, this includes overdose. Also classed in this category are the casualties due to the substance’s effects on concentration, physical coordination, and judgement, in circumstances where these qualities are required. Casualties resulting from driving after drinking alcohol, or after other types of drug use, suicide and (at least for alcohol) assaults are also included.

Cocaine is a stimulant psychoactive drug that gives a 15- to 30-minute rush of euphoria, which also immediately triggers agitation, depression, and, eventually, addiction. It blocks dopamine reuptake pumps, thus elevating levels of dopamine neurotransmitters in the brain’s synapses. It depletes the supply of serotonin, norepinephrine, and dopamine neurotransmitters in the brain, which is the main reason why the effects barely last an hour, and why users easily develop cravings for more. Cocaine is very addictive – 50% of those who receive treatment for addiction resume using the drug after only six months.

Amphetamines, also known as “pep pills” or “uppers”, are stimulant psychoactive drugs that boost energy, keep users awake, and help them lose weight. Amphetamines activate dopamine receptors in the brain and are often prescribed in the form of diet pills.

Nicotine is a stimulant psychoactive drug that raises dopamine levels in the brain to improve attention and alertness, reduce anger and anxiety, and relieve pain. It is the main ingredient in smoking and smokeless tobacco. Tolerance for nicotine occurs both daily and long-term, and withdrawal symptoms last for months or even longer.

Alcohol is a depressant psychoactive drug that slows down brain activity in the areas involved in inhibition and judgment. The effects of alcohol in the basal ganglia and the frontal lobe are the primary reason why alcohol drinkers tend to engage in compulsive drinking and develop pleasurable memory ties to past drinking episodes.

Caffeine is a stimulant psychoactive drug that boosts energy and alertness. Present in coffee, tea, cola drinks, and chocolate, caffeine is the most widely-used drug in the world. Overindulgence of caffeine, that is, consuming more than five cups, or at least 500 mg of coffee, is called caffeinism.

Three major determinants have been theorised as responsible for the effectiveness of the use of psychoactive substances, whether in a controlled therapeutic environment or for recreational use. They are:

Type of drug, method of use, and dosage

Psychoactive substances used for therapeutic purposes, and in controlled environments, are often administered in the right dose. As a result, they are beneficial, even pleasurable. However, they become harmful, produce discomfort, or become deadly in higher doses.

The set is the internal attitude and constitution of the person using the drug, including desires, fears, sensitivity, and expectations from the drug use. This factor is especially important for hallucinogens, as they have the ability to make conscious experiences out of the unconscious.

The third aspect is setting – it pertains to the surroundings, the place, and the time in which the experience transpires. For instance, some people feel more caffeinated when they drink a coffee at a café, rather than at work.

While psychoactive drugs may be useful as anaesthesia, in pain management, and in treating mental disorders, the abuse of these substances has adverse effects amongst which death.