Drug harmfulness is the degree to which psychoactive drugs cause harm to users, and is measured in various ways such as by addictiveness, and the potential for physical harm.

Some people think everyone whoever takes drugs will end up dead. Others seem to think that drug use is not particularly dangerous. The fact is, drug use can never be 100% safe. Even when used medically, it still poses a risk. When used and abused recreationally, drugs can be harmful, not just to the user, but to others around them as well. But, just how harmful are drugs, are there factors that affect the degree of harmfulness, and which drugs rank as the most harmful?

How Harmful Are Drugs?

Drugs use can negatively affect users’ lives in virtually every aspect of their lives. Consider how far-reaching illicit drugs use can be.

More illnesses, disabilities, and even death can result from substance abuse than from any other single avoidable health condition. In fact, illicit drug use is responsible for one in four deaths. People who live with substance dependence are at a greater risk of all these negative outcomes, like unintentional injuries, accidents, the risk of domestic violence, medical problems, and death.

Effects on the brain from drugs

Although initial drug use may start out as voluntary, it has the ability to alter brain chemistry, which disrupts our ability to make decisions, and can lead to compulsive craving, seeking, and use of drugs. This easily becomes a substance dependency, and dependency often turns into an addiction. Addiction can lead to irreparable damage to brain cells, as well as memory loss, dementia, irrational decision making, nightmares, and suicidal depression, among others.

With brain chemistry altered, behaviour such as impaired judgement, loss of self-control, aggressiveness, hallucination and paranoia could well develop.

Illicit drugs pose various risks for pregnant women and their babies. Some of these drugs can cause a baby to be born too small or prematurely, or to have withdrawal symptoms, birth defects, or learning and behavioural problems in the future. Additionally, illicit drugs may be prepared with impurities or toxins that may be harmful to the user, especially when pregnant. It may also make the mother engage in other unhealthy behaviours, like having extremely poor hygiene and nutrition or catching sexually transmitted infections.

Body changes as a result of drug harmfulness

As a result of drug use, the body ages faster, sometimes making the users appear 10-15 years older than they actually are. It can also weaken the immune system, lead to cardiovascular conditions, collapsed veins, infections of the blood vessels and heart valves, nausea, vomiting and abdominal pain, liver failure, seizures, stroke, widespread brain damage (resulting in problems with memory, attention and decision-making, including sustained mental confusion and permanent brain damage), abnormal body changes such as breast development in men, irregular appetite, and an increase in body temperature. Aside from this, loss of appetite, insomnia, dilated pupils, hair loss, rotten teeth, and lung cancer are just some of the ways the body can potentially be damaged.

Social life changes as a result of drug harmfulness

Illicit drug use affects the social life of its user. They become alienated and withdrawn from their peers, family activities, and family members. These changes could also lead to the stigmatisation of the family as a unit by others around them.

Drug use makes it more difficult to keep up with work pressure, and may ultimately lead to job loss. Most earnings are spent on drugs, and when the cash flow is depleted, users may steal for drug money.

Criminal convictions are also recorded permanently for drug offences, which can completely affect the dynamics of a person’s life, especially in the future.

Factors Affecting the Degree of Harmfulness in a Drug

There are three factors affecting the degree of harmfulness in drugs. The basic principle here is that drug risks are the outcome of interactions between drug, set, and setting.

This refers to everything connected with the drug and how it is used. Different substances come with different dangers. Sedatives, like heroin and alcohol, can lead to a deadly overdose if a high amount is taken. They can also affect coordination, making accidents more likely. They can also lead to physical dependence, and withdrawal symptoms, while others drugs, like cannabis, have no proven physically addictive effect.

Stimulants can provoke anxiety or panic attacks, particularly if taken in large quantities. They can be particularly dangerous for people who have heart or blood pressure problems.

Hallucinogenic drugs sometimes create very disturbing experiences and may lead to erratic or dangerous behaviour by the user.

Combining drugs can have unpredictable, dangerous results. How the drug is taken will also influence the effects and the possible dangers. Injecting drugs has a very quick and intense effect. Snorting or inhaling can also have a quick, but slightly less intense, effect. Smoking usually produces a slower, more subtle effect. The slowest effect comes from eating or drinking a drug.

The set is everything connected with the person who is using the drug. The setting is about what the person is doing at the time, where they are, the environment they live in etc.

Personal factors involving the person who is using the drug can be just as important as the drug being used. If users have physical health problems, like high blood pressure, heart disease, epilepsy, diabetes, liver problems and asthma, drug use could be more dangerous and possibly worsen their pre-existing conditions.

The energy levels at the time of using can also be extremely important.

If you are tired at the time of use then you may experience more extreme effects than if full of energy. Users with a lower body weight experience the effects of the drug more than heavier people, even if they consume the same quantity.

Gender also comes into play, as men and women experience drugs in different ways. This is because of the difference in their physical makeup. Men usually have a higher body weight than women, with larger livers proportional to their body weight and they usually have a lower proportion of body fat versus muscle mass. Of course, this is a consideration based on the average male and female physical data for the region. 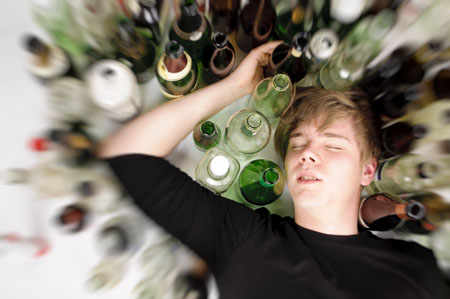 The location where drugs are used, and what people are doing at the time, can alter how dangerous they are. For example, some young people take drugs in unconventional places that are particularly dangerous like canal banks, near motor parks etc. Accidents are more likely in these places, especially if the user is high. In addition, if anything does go wrong, it is unlikely that help will be easily available.

Even if the location is not, in itself, inherently dangerous, there may be other types of risks related to the place of use. Using or taking drugs in school environments has led to substantial numbers of students being expelled from school.

Riding a bicycle, driving a car, or operating machinery, while on drugs, will greatly increase the chance of accidents.

Drug use can lower inhibition, increasing the likelihood of sexual encounters. Making sure to have safe sex, by using condoms, can be difficult to remember for an intoxicated person. The risks of unwanted pregnancy, HIV (the virus that leads to AIDS), and other sexually transmitted infections could be increased if people have sex while high on alcohol or drugs. Surveys have found that many young people have sexual encounters while under the influence of drugs, particularly alcohol and/or cannabis.

There are many possible risks and dangers involved when using drugs. Drugs are dangerous, and account for many deaths as a result of usage, and are also a major factor in other illicit activities in society, like crime and prostitution.

We use cookies to ensure that we give you the best experience on our website. If you continue to use this site we will assume that you are happy with it.OkRead More
close
Who am I contacting?