To be able to clearly understand what exactly drug withdrawal is, you need to first understand what drug dependence/addiction is,  because drug addiction precedes withdrawal. Drug addiction is what happens when you are unable to stop taking a particular drug or substance following prolonged use. That inability to stop continues even after you discover that the substance has shifted from being beneficial to you (if it ever truly was beneficial to you) to being harmful.

However, when the side effects of prolonged intake become unbearable, you may have no other option than to stop. That process of stopping is referred to as withdrawal, which has its own series of side effects known as withdrawal symptoms. So, simply put, drug withdrawal is the series of symptoms you experience upon ceasing to consume a substance ( or medication or drug) that you have been using to for a period of time. Those symptoms have the potential to cause you to relapse (start using again).

What Are the Causes of Drug Withdrawal?

Drug withdrawal is seldom done willingly. It is, most of the time, a matter of compulsion. Firstly, you started taking the substance for your own reasons, either because you believed that it would help you solve a problem,  you were influenced by peers, or a variety of other reasons. So, before you think of discontinuing use, something must have been responsible for you wanting to. Usually, the two things responsible for drug withdrawal are tolerance and dependence. This is what happens in the tolerance phase:

After you have used the drug for a significant period of time (relative to the individual), it will get to a point when it will become less effective than usual. So, you’ll need to increase the quantity you normally take, to achieve the desired effect. However, after a while, t he increased quantity may also become less effective. If this continues, you may decide to quit completely, since the substance is no longer achieving the aim for which you started consuming it.

What happens in dependence, on the other hand, is that when you have been living on a substance over time, some negative effects will start to manifest. Those effects could be physical, such as decrease/increase in heart rate, heart attack, constipation or diarrhoea, brain fog, and so on, and/or psychological, such as confusion, hallucinations, depression, violent behaviour, and others.

Those effects vary in style and intensity, depending on the type of drug. The moment they begin to surface, you may decide on your own (or after encouragement by a friend or loved one) to stop, thereby triggering withdrawal symptoms.

What are The Symptoms of Withdrawal?

The kind of symptoms you will experience upon withdrawing from a substance will depend on the kind of substance taken. There are, however, symptoms that are seen the most often. They are divided into physical and psychological symptoms.

Physical symptoms: The physical symptoms you are likely to experience when you withdraw from a drug include sweating, vomiting, diarrhoea, fatigue, shaking, nausea, headache, sleeping issues, and more.

Which are The Drugs That Can Cause Withdrawal Symptoms?

Prescriptive substances, on the other hand, include those used in treating challenging health and psychological conditions. Some of those conditions are diabetes, asthma, heart attacks, obesity, epilepsy, schizophrenia, psychosis, and many more. Usually, drugs used to cure or alleviate the effects of these ailments end up being used for longer than necessary, for fear that the ailments will return or become worse if the  medication is stopped. In the process, the person taking the drug becomes dependent on it, so that if it is eventually withdrawn, withdrawal symptoms are more likely to emerge.

What are The Effects of Drug Withdrawal?

The number one largest effect of drug withdrawal is relapse. Some of the withdrawal symptoms may be difficult for you to bear. Once they begin to manifest, you’ll begin to try and find ways to stop them. The first option that presents itself is to relapse. Unfortunately, that option is usually the first taken, as it is often the easiest.

Apart from the possibility of relapse, there are other undesirable effects of drug withdrawal. Most of the physical symptoms are health-related, which means that as long as you have them, you cannot be considered to be in a healthy state. Also, such symptoms such as as anxiety, depression, irritability, etc. you are not, at all, psychologically sound. Moreover, the psychological and physical symptoms may combine to affect your social life. Because of this, signs such as alienation, withdrawal from social actions, and relationship issues are often noticed in those undergoing withdrawal.

In worse, but rare, cases, withdrawal could lead to death. This happens when substances like benzodiazepines and alcohol have been consumed in large quantities and over a considerable length of time.

What are the Factors Affecting Withdrawal Symptoms?

How severe the withdrawal symptoms will be is influenced by a number of factors. They are as follows: 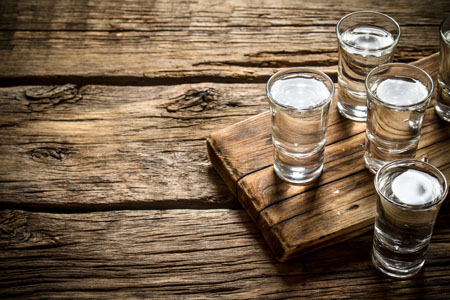 What are The Stages of Withdrawal Symptoms?

When the withdrawal symptoms will start and how long they will last is largely determined by the kind of substance consumed and how long you have been consuming it. For a substance like heroin, the symptoms start within 12 hours of the last dose. They intensify within 24-48 hours later, and last from one week to a few weeks.

Generally, the timeline is made up of four stages: first you start to feel bad, the feeling becomes worse, you get to the peak of the symptoms, then the symptoms begin to subside.

What Is Withdrawal Treatment?

The last thing you should consider doing in withdrawal treatment is abrupt withdrawal. The complications that can develop during withdrawal, and the damage they are capable of causing is well known. They range from psychological and emotional problems to relapse.

Going through a medically-monitored withdrawal management programme is the best way of dealing with these issues. These programmes are safer, more effective, and are less likely to trigger withdrawal symptoms. Even if the symptoms arise, they will be better managed. Within these programmes, a lot of options to carefully manage patient issues are available. They include: