Lack of Coordination as a Symptom of Drug Addiction

Lack of coordination is a motor-skill impairment, characterised by uncoordinated movement that may affect walking, speech, ability to swallow, eye movements, and other usually voluntary movements. The medical term for this condition is ataxia.

When you abuse drugs, the drugs impair your motor functions and disrupt your daily life. Every movement you make involves the use of a particular group of muscles. The cerebellum is a cardinal part of the brain that controls these muscle groups. Lack of coordination occurs when the communication between the brain and other parts of the body is broken. One of the things that can cause this break in communication is the chemicals found in drugs that are commonly abused.

A person with impaired coordination has to put a tremendous amount of thought or effort into simple things like buttoning up their shirt, writing, throwing a ball, or walking. Drugs and other substances with toxic effects that can lead to uncoordinated movements include alcohol, cocaine, heroin, seizure medications, lithium, chemotherapy drugs, sedatives, solvents, and heavy metals like lead and mercury. Alcohol is the number one substance that can cause permanent damage to the cerebellum, especially when it is excessively consumed for a long period of time.

The Signs of Uncoordinated Movement 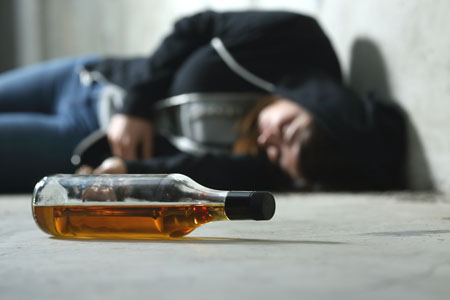 In the early stages of ataxia, you might only experience loss of coordination and balance. As it progresses, it leads to greater abnormalities like difficulty in moving your limbs. People with ataxia may stagger and take wide steps when they walk, and their hands will be shaking when they attempt to make finer movements. Major symptoms of uncoordinated movement include:

Slurred speech: It becomes difficult for people to understand what you’re saying.

Clumsiness: You bump into objects and drop things a lot.

Dizziness: Everything around you seems to be spinning, making you feel giddy.

Difficulty swallowing: Often, when you try to swallow, you start coughing or choking.

Rapid and repetitive eye movement that may be horizontal, vertical, or circular.

When these symptoms manifest, they can result in depression, due to the difficulty that comes with living with them. You will make matters worse for yourself if you try to fight this depression by taking more drugs. While your depressed mood might disappear when you are intoxicated on drugs, your lack of coordination will worsen.

When to See a Professional for Lack of Coordination?

The symptoms of ataxia are sometimes similar to a stroke. Once these symptoms appear, you should seek medical attention immediately. To make a diagnosis, your doctor will have to examine the overall picture of your symptoms, and the results of your urine tests, blood tests, genetic tests, CT scan, MRI scan and spinal tap. For your own good, submit yourself willingly to the required tests.

The cause of your coordination disorder will have to be treated for you to be fully cured. Alcohol, or any other drugs that are causing the issue, must be stopped.