You went to your favourite coffee shop, you waited patiently in line, made your order, picked up your drink, and then you sat and started to sip it quietly. Every other person around is doing more or less the same, sitting alone peacefully while sipping their drink, reading a book, or listening to music. A normal day at any café, right? What if someone then just barged in and started shouting obscenities, or just jumps the queue and goes straight to the front, causing chaos. Would you still consider it a normal afternoon? Most likely not. This would be abnormal.

The study of human thoughts, feelings and behaviours is known as psychology. A branch of psychology that deals with psychopathology, mental illness, and abnormal behaviour, often in a clinical context, is known as Abnormal Psychology. This branch studies abnormal thoughts, feelings, and actions, and examines a wide range of disorders, from depression to personality disorders to obsessive-compulsive disorder (OCD).

However, a few questions spring to mind. What constitutes something abnormal? By what standard? In what age group and culture?

The definition of the word abnormal is simple, a deviation from the norm, but applying this to psychology poses a complex issue. Most humans have moments where they feel, and act, contrary to the expected norm – does that make them mentally ill? Well, understanding abnormal psychology will be beneficial to answering just that question.

Understanding What Abnormal Psychology Is

To understand what abnormal psychology is, there is a need to understand what the word abnormal, in a clinical context, means. The notion is explained in the following way: a bell-shaped curve as a symbol of behaviour where many humans are around the highest point of the curve – which represents normal or average. Any person who falls at the far ends of the normal curve is considered abnormal.

Note that normal and abnormal are not synonymous with good or bad. This is because being abnormal does not always mean bad. Consider intelligence as an example. A person who falls at the very upper end of the normal curve would fit the definition of abnormal, as they are outside the normal range. This person, however, is not bad, but a genius.

So, when you are thinking about abnormal psychology, focus on the level of disruption and distress caused by troubling behaviour – is it causing problems in a person’s life or in the lives of other people around them? If it is, it may require mental health intervention.

In recent times, there have been new concepts as to what constitutes abnormality.

The statistical abnormality is when a certain behaviour or characteristic is found among a small percentage of a population. However, this situation does not necessarily mean that such individuals are suffering from mental illness. In fact, they could be highly privileged to possess these characteristics. For example, statistical abnormalities such as excessive wealth or attractiveness are definitely positive abnormalities to possess.

The psychometric abnormality is similar to statistical abnormality, with the difference being that it deals with intelligence. When a certain behaviour or characteristic is found among a few individuals and differs from the larger population, such as having an IQ of 45 (or, indeed, 200) it could be classified as abnormal if the population IQ average is 120. However, this too does not specify a particular mental illness.

Deviant behaviour has also been designated as an abnormality. But people can be mentally ill without displaying deviant behaviour. It also works the other way round – such behaviour can occur in the complete absence of mental illness.

Combinations of many harmful elements such as dysfunction, distorted psychological process, distress, inappropriate responses in particular situations, and causing or risking harm to the self are viewed as an abnormality.

The psychoanalytic approach: This perspective has its root in theory created by Sigmund Freud Sigmund Freud theory assumes that the unconscious mind controls the behaviour of people to a greater degree than we think. In line with this, the psychoanalytic approach suggests that many abnormal behaviours emanate from unconscious desires, memories, and thoughts. While these feelings are outside of our awareness, they are believed to affect conscious actions. Therapists using this method believe that by analysing thoughts, behaviours, memories, and even dreams, they can help people uncover and deal with some of the feelings that cause maladaptive distress and behaviours.

The medical approach: This approach studies abnormal psychology from a biological aspect. It considers biological factors like infections, chemical imbalance, genetic inheritance, related physical illnesses, and mental illness, as possible underlying causes of disorders. A therapist using this method seeks to help the patient by understanding how these biological factors affect them as an individual. Medical treatments are usually pharmacological in nature, with medication often used in conjunction with some type of psychotherapy.

The cognitive approach: This perspective focuses on the mind and reasoning, psyche. It studies how perceptions, internal thoughts, and reasoning contribute to psychological disorders. The goal of cognitive treatment is to help an individual change their thought processes or reactions. This suggests that cognitive therapy might be, and is often, used together with the behavioural approach to help a patient. Combining these two methods is known as cognitive behavioural therapy (CBT).

In many cases, a combination of these perspectives will provide a clearer understanding of a problem and lead to the provision of the most appropriate care.

The Types of Psychological Disorders

Abnormal psychology may focus on a typical “abnormal” behaviour, but its aim is not to make everyone fit into a narrow definition of “normal.” Usually, it is concerned with identifying and treating problems that may be causing distress or disablement in some facet of a person’s life. By better understanding what “abnormal” really is, researchers and therapists can develop new ways to help people live happier, healthier, and more fulfilling lives. 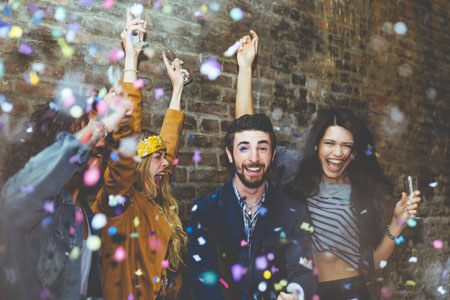