AH-7921is an opioid analgesic drug with a potency of around 80% of that of morphine (if administered orally).It can be found on the streets as an off-white pill or powder. Being a synthetic opioid, AH-7921is highly dangerous and those who abuse the drug are liable to experience short or long-term side effects, such as gangrene or respiratory arrest.

If you or a loved one have been abusing AH-7921, it’s advisable to seek immediate professional assistance to help you break the cycle of addiction. Drugs like AH-7921can cause severe emotional, mental and physical problems if abuse continues over an extended period of time. Get AH-7921addiction help now by calling a confidential addiction treatment helpline for assistance.

AH-7921 is categorised as one of the new types of psychoactive substances. The drug is synthetically manufactured within a lab, but because its manufacture is unregulated, different batches of AH-7921 can possess varying potencies and subsequently result in contrasting effects.

Since 2012, AH-7921has typically been sold on the internet. It’s often referred to as a research chemical on the internet marketplace, and at times goes by the name Doxylam (which shouldn’t be mistaken for Doxylamine).

Since its creation in the 1970s, AH-7921 has never undergone clinical trials. The drug isn’t considered to possess any medical usage within the field of clinical medicine. Yet, people still abuse the drug for its ‘high’ which is very similar to what is experienced during morphine abuse. AH-7921 can be consumed in any of the following ways:

New psychoactive substances like AH-7921 are regarded as substances of abuse that aren’t controlled by the 1961 Convention on Narcotic Drugs and are capable of posing a public health threat. Even though the availability of AH-7921 isn’t exactly new, the drug’s presence and popularity on the street (for recreational use) relatively is.

AH-7921’s chemical structure is often tweaked to enable its manufacturers and distributors to circumvent existing drug control laws. Recent years have witnessed spikes in the use of AH-7921 around the world, as well as an increase in hospital visits and fatalities stemming from the abuse of the drug.

At the moment, empirical data and scientific information concerning the abuse of AH-7921 is still scarce. Trends in the availability of AH-7921 are often inferred from cases of reported overdose deaths and confiscated shipments of the drug.

American and UK law enforcement have encountered AH-7921 only a few times on the streets. However, a number of deaths caused by abusing the drug have been recorded globally. Lab studies have shown that the potency ofAH-7921 at inducing respiratory depression makes it capable of causing significant adverse effects when consumed.

Because of the chemical makeup of AH-7921, abusing this substance can lead to a variety of dangers to your health – the most serious of which is physical dependence and addiction.

People who initially abuse AH-7921 do it to experience effects such as relaxation, pain relief, mood elevation and euphoria. However, using it repeatedly and continuously will eventually lead to physical dependence and then addiction, as the drug begins to influence the chemical structure of your brain.

A key sign of addiction is an increasing tolerance to the influence of the substance and compulsive sourcing and consumption of AH-7921. If you become addicted, you’ll find yourself experiencing withdrawal symptoms when you try to suddenly quit using the drug. If you realise you have no control over your use of AH-7921, contact a confidential addiction expert today for assistance.

AH-7921was discovered in the UK by a team at Allen and Hanburys in the 1970s. The drug was extensively tested on animals after its creation, but was never used on humans, nor sold for commercial medical use.

In 2013, it was discovered that AH-7921 was being used in Japan as an active ingredient in ‘synthetic cannabis’ products.

Over the years, there have been numerous reports of fatalities stemming from the abuse of AH-7921. One of the first recorded fatalities in the US concerned a 19-year-old male, who died of opioid intoxication after abusing AH-7921.Between 2012 and 2013, the Swedish authorities recorded five cases of non-fatal AH-7921intoxication. These were followed by ten AH-7921 related deaths in Sweden between January and September 2013.

By 2015, the popularity and sale of AH-7921 was on the decline, as was demand. This led to a significant drop in the number of AH-7921 related deaths.

Causes and risk factors for AH-7921abuse and addiction

So far, there have been no clear or proven human studies concerning the effects of AH-7921 on the human system. Therefore, the side effects and risk factors of abusing AH-7921 have been mostly gleaned from user reports, available on the internet.

To date, it is assumed that the causes and risk factors of the addiction and abuse of AH-7921 are mental illnesses (such as anxiety, pain, and panic disorders), which may cause an individual to use and rely on AH-7921 for relief. An individual may also be genetically predisposed to addiction, due to inherited hereditary traits. Environmental factors (such as peer pressure or simply the availability of AH-7921) also present an avenue to abuse the drug and eventually lead to addiction.

Co-occurring disorders such as depressive disorders or anxiety may also serve as contributing factors.

Signs and symptoms of AH-7921abuse and addiction

After abusing AH-7921 continuously for an extended period, addiction will likely occur. Addiction is often preceded by a gradually increasing tolerance to the substance. Once addiction is established, you are likely to experience withdrawal symptoms if you attempt to quit suddenly.

Physical and social signs and symptoms

Physical signs of AH-7921 abuse and addiction typically include:

Social signs of abuse and addiction on the other hand can include:

If you or a loved one are manifesting any of the above symptoms, do not take them for granted. Get help as soon as you can by contacting a confidential helpline for addiction support and assistance, before substance abuse completely spirals out of control.

Psychological and emotional signs and symptoms

Emotional and psychological signs of anAH-7921addiction can often be difficult to notice, but knowing what to look out for can be very helpful. Tell-tale psychological and emotional signs of AH-7921 abuse can include: 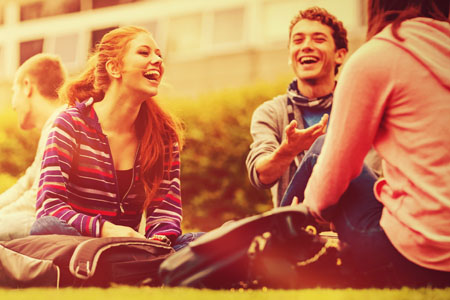 Signs of AH-7921withdrawal and overdose

If an AH-7921overdose occurs, the symptoms that will likely follow include hypertension, tachycardia and seizures. If emergency medical help isn’t swiftly sought, an overdose could prove fatal.

Withdrawal symptoms after abusing AH-7921over a period of time are similar to those experienced during withdrawal from morphine and other opioids. As regards intensity, symptoms may range between uncomfortable to quite painful, depending on the level of addiction before attempting to quit.

Dangers and side effects ofAH-7921

As with every other opioid drug – be it synthetic or naturally occurring -AH-7921 is dangerous if used recreationally and has a high potential for abuse and addiction.

Aside from physical dependence and addiction, AH-7921 can also pose a danger to your health via the following side effects:

How AH-7921affects the mind and body

The effects of AH-7921 on the human body are similar to what’s experienced when heroin, morphine or fentanyl  are consumed. These effects may include euphoria and respiratory depression. Effects are induced by the drug influencing a surge of neurotransmitters in your brain – especially the neurotransmitter dopamine, which controls feelings of happiness and satisfaction.

At present, there’s no clear information concerning possibly fatal AH-7921 drug interactions. As with every other addictive substance (especially opioids),  polydrug abuse is a bad idea. Using AH-7921 in any form is not advised, but combining it with other substances – even alcohol – is more dangerous, as this can enhance the effects of the drug to perilous levels.

It’s in your best interests to not use AH-7921 at all, but combining the drug with other substances simply puts your health at greater risk.

AH-7921 abuse is the continuous and repeated use of the drug recreationally, with the goal of experiencing its pleasurable symptoms.

AH-7921 comes in the form of an off-white pill or powder.

Why is AH-7921referred to as a ‘Novel Synthetic Opioid’?

New psychoactive substances like AH-7921 are regarded as substances of abuse that aren’t controlled and that are capable of posing a public health threat. Though the availability of AH-7921 isn’t exactly a new occurrence, the drug’s presence on the streets for recreational use is.

As with other opioids, if used continuously for an extended period, AH-7921 will likely eventually lead to physical dependence and addiction.

The ‘high’ from using AH-7921 is very similar to that of morphine. The pleasurable results of using the drug typically include feelings of relaxation, pain relief, mood elevation and euphoria.

What are the dangers of overdosing?

If you or a loved one have been abusing AH-7921, get help today by visiting a rehab centre, or call a confidential helpline for professional guidance on your treatment options.

The manufacture of AH-7921 is unregulated, which means its effects can be unpredictable. AH-7921 has been responsible for a number of deaths across various countries, but the greatest danger of the drug is its addictiveness.

Other dangers of using AH-7921 include:

What are the dangers of mixing?

Using AH-7921 on its own is dangerous enough, but mixing it with other substances greatly increases its depressive effects on the nervous system. In turn, this can lead to greatly reduced/slowed breathing, which could prove fatal. Mixing AH-7921can also increase the toxicity of the substance and lead to poisoning or an overdose.